Outpatient surgery: My hernia operation turns out to be a "smash and grab job" 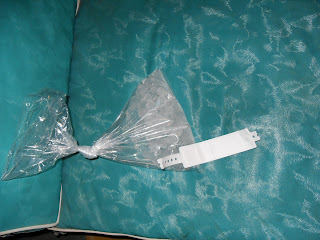 Well, outpatient surgery is all the rage, and I had my own experience with it a Virginia Hosptial Center, with a bilateral hernia operation, necessary because of 66 years of Earth’s gravity.

So, once they put me in the temporary “day care” room, I turn on CNN, and the first thing that comes through is the story of a woman and baby that died in childbirth when something with the epidural went wrong. And I thought they were going to do epidural for me.

Oh, the nurse decides to put the IV in the middle of the forearm, so I have to be very careful at the end of surgery taking it off to save the hair on the aim. Underneath the bandages, I suppose they shaved, but the chest is intact. The days of “nipples to the knees” seem to have been forgotten. In fact, the only EKG leads on my body are on the side of my neck.

No, they decided that this would become a “smash and grab job” like in Oceans 11, as spoken by Matt Damon. Three different nurses come in and ask my name and the procedure that I was to have. Then the surgeon comes in, and after a brief discussion of post-operative care (no driving for four days, but I feel absolutely no pain at all right now). He ways, we’re going to room 111.

Then there is absolutely nothing. The next thing I remember is the recovery room, feeling a little drunk, with ice cubes and juice being offered. The operation took 1:07 hours.

The worst thing about outpatient surgery is that you can’t eat anything or drink anything after midnight the day before. That’s because they don’t know whether they will do general anesthesia or not. But with epidural it takes four hours before you get your feeling back. General is so much faster. And the CNN show pretty much made the decision. Sanjay Gupta seemed to be supervising the operation from on high.

Oh, yes, the hospital tells you to bring as little as possible besides your insurance cards. But at least two other surgery patients bought wireless laptops, as if they expected to tweet or blog about their experience while they were being cut. I guess they hadn’t seen the CNN story about epidural yet.

Sometimes general anesthesia really is safer. But everything in life entails risks, right?
Posted by Bill Boushka at 12:43 PM