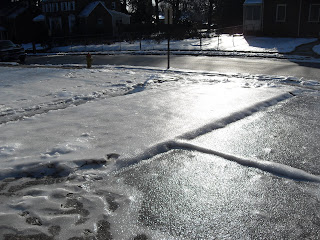 Helen A.S. Popkin has a stinging commentary about Facebook on MSNBC today: “Privacy is dead on Facebook. Get over it. Cool kids don’t care about privacy, claim cool CEOs. So, neither should you.” The link is here.

She makes some interesting quotes of executives in other companies. In 1999 Sun Microsystmes Scott McNealy said “you have zero privacy anyway. Get over it.” And Google’s Eric Schmidt said “If you have something that you don't want anyone to know, maybe you shouldn't be doing it in the first place.”

She quotes Mark Zuckerberg as saying that blogging has really taken off in the past 5 or 6 years as a social networking tool – but here she misses a point. Socializing and meeting people is one thing; publishing in order to enter debate (more like what I “innovated” – previous post) is related but not the same thing. True, social norms about what kind of information should can and be shared has evolved over time. But, when I’m a substitute teacher and a kid has found me on Google, I don’t need to be asked why I’m not married and don’t have kids. The1993 mentality that had led to “don’t ask don’t tell” really got blown away by the techie kids.

I remember back in 1996 that the Libertarian Party was going to consider a constitutional amendment that would read simply “The right to privacy shall not be infringed.” Remember how “the right to be left alone” figured into cases like Bowers v. Hardwick and Lawrence v. Texas. We have really gone around in circles, haven’t we.

Also, check Meghan Cox Gurden, Commentary in The Washington Examiner, Jan. 14, "It's like being stalked by a computer", link here. Just read it!
Posted by Bill Boushka at 11:12 AM