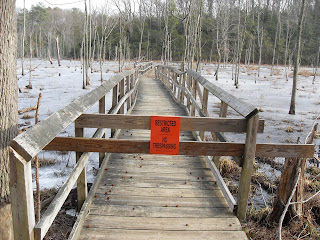 Is the practice of “citizen journalism” or particularly “blogger journalism” a “fundamental right” as part of the First Amendment?

To the extent that citizen journalism is usually unsupervised (with some exceptions where it is sponsored by newspapers) the term is theoretically an oxymoron. “Journalism” implies complete objectivity as well as systematic, rigorous fact-checking.

Most or nearly all “citizens” would have some natural bias about some things because of “inequality” in life circumstances and experiences. If someone has no biases at all, then that person probably has no responsibility for others, so why should we listen to them? (We’ve visited this point before.)

We can speak of citizen “writings” and admit (as I recall from an interchange in a Minneapolis NWU group one time) and accept the idea that they don’t have to be completely “objective” and maybe shouldn’t pretend to be.

Nevertheless, what we call “blogger journalism” can often, in practice, be reasonably balanced and add a lot of nuance to the debate or history of issues on top of what is usually reported by established media.

There may be some people who should not engage in “blogger journalism.” It’s particularly troubling when one is in a position of authority over others in the workplace, at least in the long term with formal reports, and is in the position to make decisions that affect subordinates, or perhaps customers. Some of this bit of ethical concern crawled out of the woodwork (sort of “Outer Limits” style, like a “blob”) when I was writing my book involving (in part) gays in the military and was in a work situation where I worked for a company that catered to military officers – but we determined that I was not in a position to make an decisions that affected anyone, and then I transferred away from this when there was a corporate buyout anyway.

Likewise, someone responsible for a family (most people are, not always by choice) has to be careful that his self-promotion does not jeopardize his ability to earn a living and provide for the family, or otherwise expose the family.

Blogger journalism may sound gratuitous (leading to the “implicit content” problem), and that concern could melt away if the journalism becomes monetized. But that idea gets challenged by the idea that conventional newspapers are having such a hard time today. On the other hand, social media companies are very profitable, sometimes, for the entrepreneurs who started them.

As noted in the previous posting, employers are getting increasingly nervous about associates’ blogging, fearing, not so much outright disclosure of trade secrets, but disruption of relations with clients and stakeholders, and even the prospective fear that employees will write about them after they leave. But even established media companies have hired undercover reporters to work for companies they will report on (as with a famous ABC investigation of Food Lion in the 1990s).

I started down the path of “citizen journalism” myself in the 1990s as a result of my involvement with the “gays in the military” debate, based on earlier personal experiences decades previously. For better or worse, I am linked to it, although in a kind of quasi early retirement (now at 66). The ideology of it is far from perfect. I’d love to be a “real journalist.”

So, Anderson, would I love your job. You bet (but you paid your dues early). I remember, Anderson, when you were wading in the flood waters of Hurricane Rita on a Saturday night in September 2008, reporting. You should have been back in the Big Apple, where the Financial Crisis would erupt the next day.
Posted by Bill Boushka at 7:38 PM