Individualism retreats in a battle over "virtue" vs. "people" 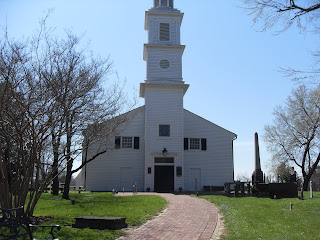 One of the pleasures of “perfectly composed” music (one thinks of Beethoven) is the idea that some kind of virtue or beauty is being expressed as an ideal for people to follow.

We hear a lot about “virtue” these days in connection with discussions of Islam, because its attainment by strict obedience to the Koran is such an important goal for some people (there’s a lot here in the writings of Sayyid Qutb). In fact, is seems like an important goal in orthodox or conservative Judaism (the Torah), and in much of evangelical Christianity (the Bible as a whole). One feature of societies with social norms based on scripture is that it seems important to people (especially to find emotional satisfaction in committed family life as well as religious practice) to believe that others have to play by the same rules.

When I was growing up, in the grade school and tween years, I fell behind physically but, with the aid of music, actually pulled ahead academically. I inherited the idea that “winning” competitively (Trump style) was a very important “virtue”. I did pick up on the idea that men competed to prove they were capable of protecting and providing for women and children and were “worthy” of carrying on a family lineage. In historical retrospect , this seems like an extension of ideas we had fought World War II to defeat. But we would do the same things ourselves. During the Vietnam era we would shelter the “smartest” people from the dangers of conscription and allow others to be “sacrificed.” In the 50s and 60s, I looked for rationalizations of this practice.

The “ideal man” would be someone who was developmentally “superior” both academically and physically, a Clark Kent. I saw someone like that as representing “good,” and being good at both was quite a feat. At the same time, I had come to believe that I might be physically competitively “unworthy” of performing as a man in the conventional sense. All of this sounds horrible to say today, but that is frankly how a lot of us saw things at the end of beginning of the 60s. We had to go back to a certain kind of fascist thinking (what were these Nietzchean ideals for, anyway?) to defeat the big red godless enemy, Communism. Of course, if someone didn’t have to struggle with anything, what would he have to say or give to others? We didn’t always see this then. In “Smallville”, Clark “struggles” to keep his “secret” (his extraterrestrial origin), a bizarre parody of “don’t ask don’t tell.” But could Clark write a book about real anguish? I wonder. Yes, he loses his father, and loses Lana; interesting question.

But nevertheless, as I remember debating with myself in a soliloquy, Carousel style, while walking to work with the Science Honor Society selling cokes for a spring trip (Mount Washington) at a warm October high school football game in 1960, it seemed to make sense to “affiliate” with those who were “good”. I’ve talked a lot here about “upward affiliation.” I justified this in my own mind, the way people rationalize things in foreign films (especially those from Pedro Almodovar). All of this contributed a lot to my homosexuality. The whole idea of creativity and the polarities would come later (in the 1970s with the Ninth Street Center).

There is a conceit in all this, that I had the “power” (call it “power behind the throne”) to decide who are what was “good” (or “evil”). It seems to me that both Islam and Judaism allow this, and I had a bit of both religions in my own personal moral belief system, even though I was brought up as a Baptist. (That’s another point: it makes no sense to me that Islam and Judaism should be enemies, other than the issue of taking Palestinian property – but ideologically, it’s all nonsense; they worship the same God and have the same idea that there should be some kind of justice on earth and that people should pay for their own mistakes). Christianity adds something new to the mix: an individual man cannot know good and evil from his own efforts or emotional reactions to things (including feelings of sexual attractiveness to individuals who appear to live up to some ideal, whether in a straight or gay environment, and a refusal to “feel” sexually to those who are less “worthy” according to one’s own value system). According to Christianity, we all need Grace (although if you believe the Vatican some – homosexuals – seem to need it more than others).

I had always rationalized “upward affiliation” as moral because of its apparent harmlessness; it invoked private choices (who could become my adult “significant others). Violence against those who challenged one’s belief system could never be morally acceptable behavior; liberty depended on non-aggression. (That’s a big difference from radical Islam, but not conventional Islam – the whole meaning of jihad as being an internal private struggle.) But of course what challenged this set of assumptions, popular in the early 1990s as Bill Clinton took on the military gay ban, for example, was that the Internet would make private feelings much more public, not so much through any direct confessions but more from innuendo, context, and imputed motives for writings self-published in public spaces. These feelings might be though to have a judgmental purpose – hence, the old problem of claiming “the knowledge of good and evil”. Internet entrepreneurs and adventurers (myself included) bragged that we could master all knowledge before dealing with real people.

‘Christianity, it seemed, more than other monotheistic religions, did make something of the idea that we are all connected at various levels of granularity, mainly the nuclear and extended family, where the heads of a family (legally married monogamous couples) have some power over the values not just of minor children but of all adults who hadn’t made a similar commitment. One did not really “know” things (including “virtue”) until one had dived into the pool and taken some chances and assumed some responsibility – starting a family oneself and taking on all the uncertainties.

That had an effect on personal moral values. In decades past, heads of families assumed they had the right to direct the loyalties of everyone under them, even adult children (remember the movie “One True Thing”?) Families were based on the idea of complementarity, that anyone could fall into the blind side at times and need help. The "hidden curriculum" of gender and capabiltiy compelemtarity was supposed to grow the emotional responses that would enable even the "less competitive" to find and enjoy marriage (although there was some contradiction and double standard in this notion). After the 1960s, hyper-individualism started to grow, with the idea that every adult had to be totally accountable for the self. With individualism came the idea that one had complete control of one’s the aspect of one’s intimate life as an adult, including the right to turn people down. (Life in the gay community really teaches that lesson.) Sometimes we called this “self-ownership.”

With demographics and with the way some medical advances have gone, this idea seems to have become the wild pendulum, swinging back the other way, challenging our ideas about relativity in modern physics. Lack of control seems to be the new norm. There’s no way to greatly extend people’s life span without the cooperation of family members (institutionalism will run out of room), and many medical advances for the disabled, not previously possible, can only be done with the “involuntary” sacrifice of family members. Family responsibility will no longer be just a matter of the consequences of sexual intercourse. As it did in the past, it pre-exists: marriage adds privileges and more responsibility, both. No wonder the stakes in the same-sex marriage debate seem so high.

A young person (that could be anyone psychologically in some kind of adolesence) must consider what it takes to "make it" with his own expression. An aspiring music composer must master music technique with years of practice, master certain musical concepts related to composition, and have something to say with his or her music. There is always the possibility that the needs of others (especially blood family, and not just one's own children), and the "knocks" from the demands of the outside world (even if the artist is earning a living and "paying his bills" responsibly) will derail the artist's own individual plans. On the other hand, without grounding in meeting the real needs of others (perhaps in a psychologically "creative" setting), when will someone's global expression really say anything?
Posted by Bill Boushka at 9:16 AM

From her works, it is apparent Ayn Rand admired the courageous pebble-droppers, the nails standing above the boardwalk that ruling elite might trip over, who challenged the established and accepted way things were done. It was the creative, imaginative individuals who followed a dream, a vision of some better way of living that she wrote about, not the socialist taker who envied the creative few even when enjoying the benefits of the pebble-dropper’s efforts. This was her focus. All other ingredients haters add to the interpretation of Ayn Rand’s ideas are simply mud to cloud the water. Whether she was atheist or Jewish, anti-Christian or self-centered means nothing. She believed she was OK and others, as individuals, were potentially OK as well, but herds were led by the few who would limit individuals and take from those who have to share with those who have not, and they and their leaders were not OK. Those who violently oppose Rand are the ones who want to retain the Old World ideals of a few elite ruling the many, as is being reintroduced to America by the Obama forces. Claysamerica.com