How to monetize your presence on Twitter -- if you're popular enough 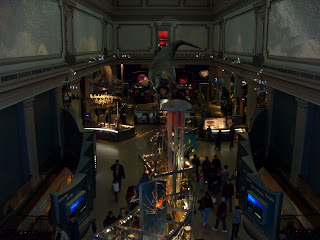 On ABC “Good Morning America” today (Tuesday Jan. 19), Tory Johnson (“Women for Hire”) covered how one can make some money from tweets. The service is called “Sponsored Tweets” (link) and is working now (after the show it became unreachable for some time).

The story appears on the second page of a report on working from home, “For You, Tweets can mean Cash”, link here.

But it seems as though you need to be pretty popular and famous on Twitter to make this work. You need at least 200 followers, so you need to be sociable. (It occurs to me that someone running multi-level marketing would have that many.) Remember, Ashton Kutcher (twitter page) has over one million followers. Remember also, he told Larry King Live that he doesn’t sleep much and gets up in the middle of the night to tweet.

I’ve always had trouble believing you can say a whole lot in "microblog posting" of 140 characters – Okay, it’s the concatenation or accumulation of them, with links, that says something. Right now, raising money for Haiti is giving celebrities a lot of material. Again, it's the social network that also attracts visitors and potential advertisers, not just self-published content.

I found another service called “Pay My Tweets” here. And it did tell me I wasn't "popular" enough!

A site called “Mashable” (remember “Facemash”?) has an article from last June, “Sponsored Tweets: The End of Twitter as We Know It?” link here.
Posted by Bill Boushka at 6:47 AM