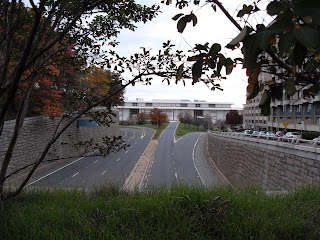 Here’s a piece I’ve heard about from the San Diego Reader from September 3, 2008[note, just before the financial crash!], “You blog, you’re out!”, by Michael Hemmingson (link)
Here, he talks about job applicants being “pre-dooced” by being asked about blogging: particularly, have they ever blogged about a job after they’ve left the job. You see the existential point: if you did, how does a prospective employer know you won’t do the same thing to “him”? You can’t prove a negative, you know. (By the way, the new verb “dooce” refers to being fired for what you say on the Web with your own resources from home, a term that originated with Heather Armstrong in 2002 and became the name of her famous mommy blog website.)

The article lists a compilation of anonymous blogs (here) including blogs about work, which are not always as safe as they sound. Like social networking sites offering privacy settings, Livejournal (link) offers varying degrees of restricted access. And “Tor Project” (link) will help defend against electronic surveillance, such as of IP addresses (Tor is popular overseas with political dissidents).

As for writing about past jobs, I do think there is an issue of “common sense”. I don’t think there is a problem in discussing how systems technology worked in an IBM mainframe shop or even a non-IBM mainframe 30 years ago compares to how things work today, even if you name the companies, as long as you keep it “general.” (You almost would do this on a resume site anyway.) Yes, I mention NBC, Chilton (Experian), and BCBS, but I don’t think anyone minds because nothing I say is remotely compromising of confidentiality or remotely related to specific people who were at the companies involved.

Even so, it seems as though, still, few employers spell out blogging policies very specifically (although CNN does).

The article concludes with some tonal writing, that bloggers will have to fight to protect their freedom of speech in the practical world. Agreed.


Let me add, I don't set up sites to rate providers of services (like doctors, teachers) etc., and I don't make postings on the many sites around that do rate providers. If I displayed a public propensity to do that, how could they work with me in the future.
Posted by Bill Boushka at 7:26 PM

Glad you liked my article.