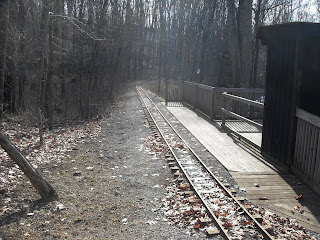 Remember how it was a big deal at one time to “get published”? To some extent, in some narrow areas, as in the academic world, it still is. But generally magazine articles and books were not published and released “into the wild” without a lot of supervision and due diligence. Vanity publishing (or subsidy publishing), before the 1990s at least, was very expensive. There used to be a company called “Exposition Press” and the owner, a Mr. Uhlan, wrote a book in the 1970s called “The Rogue of Publishers’ Row.”

Desktop publishing and more efficient press designs began to drive costs down in the 1990s, and self-publishers could indeed order modest runs at book manufacturers for low cost. But web publishing, as a way to be found and recognized, started to get recognized around 1998 as search engines took off.

At first, self-publishing on the web tended to consist of flat sites, and sites with mostly simple html text and hard coded hyperlinks tended to do well because they loaded faster, particularly for users with dialup connections. Despite the multiplicity of businesses offering search engine placement, in practice “amateur” content on static files placed higher in search engine results than “professional” corporate content generate with sophisticated dynamic algorithms pulling content off databases.

Self-publishing could work socially, because if the content was original and interesting and about pertinent topics, it would attract “friends” that I wanted. This could take place in areas like screenwriting, political activism, gay rights, libertarianism, and so on.

Self-publishing, because of the almost “free entry” and elimination of most due diligence, could also pose unbounded and unpredictable downstream risks, even for those connected to the speaker (especially in connection with the workplace, sometimes the family, sometimes with special problems like with the military [“don’t ask don’t tell”].

Social networking sites, however hesitatingly, tried to turn the paradigm around. Facebook, particularly, was originally based on the idea that you should know your friends, and there should exists some common connection, like a campus. Even as it became “global” and allowed the now controversial “everyone” concept, it still encourages the idea that some “published” material be circulated only among known “friends” – although it isn’t reasonable to say you “know” 1000 people that well (no double meaning here).

Making a personal website available to “everyone” and accessible to all search engines and robots is the logical equivalent of self-publishing a book or periodical. The author does not know who accesses his or her literature immediately.

But in practice, the risk of release inappropriate or damaging material in digital form even in a known list is still quite great. Digital records can be transferred to anyone and can never be “recalled.” Most of the time, defamation law will consider an item as “published” if it is shown to one other party who understands it. There are Victorian novels concerning defamation in handwritten letters.

The “self-publication” event, releasing material into the wild and to search engines, may be considered “gratuitous” in some circumstances (creating risk) if what the speaker has to “gain” is not clear.

Yet, there is still a good First Amendment-related question about the value of political speech for its own sake. If a large corporation or labor union can (according to the Supreme Court ruling last week) spend its own money on “published” materials that support a political candidate favorable to it, then as a corollary it seems to follow that an individual can stake out a political position on the open web with no other motive than to create a public stir and gain the sense of personal leverage with respect to a particular issue. There may need be no other purpose, and the recently touted “implicit content” issue might go away.

There’s another angle to the Facebook model: that is, the “right to publish” (or "the privilege of being listened to") could depend on how “popular” you are. But that notion would not be good for public policy or healthy debate.
Posted by Bill Boushka at 5:08 PM