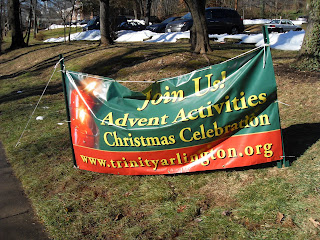 I do like journalism and can imagine that I could have become an investigative reporter in another life. I like the idea of uncovering and “exposing” things, and of helping the public “connect the dots”.

And as I have covered before, I place a high priority on documenting the history of the relationship between the individual as an autonomous unit and the individual as a (loyal) member of the group, especially the family. Attitudes on this matter have migrated dramatically in the past half decade (toward individualism) but sustainability concerns and an indirect consequence of the “free entry” paradigm of social media may be to draw us together again, with a less idealized view of notions like “equality.”

Both blogger journalism and social media – interrelated and linked if somewhat different experiences – evolved unexpectedly because of quick changes that happened technically (the sudden development of search engines in the late 1990s) and legally (the passage of Section 230 and later the much misunderstood DMCA safe harbor). The end result is that the “due diligence” and formal fact checking and external supervision previously associated with publishing were dished for newbies. This has a good effect (enriching debate with anecdotal details of “life in the grass roots” not available from the main media) and bad effects (people misuse the web, sometimes maliciously, but often without the knowledge of the long term consequences to reputations (and increased legal exposures) of themselves and others).

The business world has two real concerns, neither of which it probably fully gets, partly because of the existential problem that you can’t prove a negative (or prove that some undesirable event can never happen at any unspecified time in the future – a conundrum we know well from “don’t ask don’t tell”). For example, businesses can specify rules of guarding stakeholder confidential information and trade secrets, but be queasy that individual associates with such easy access to global self-promotion (from home) will know where to draw the legal lines, or that they will honor confidences in the future after leaving the company, when an employer in a practical sense has less leverage (yes, they could sue…) And employees with direct reports or with bigtime interaction with clients could inadvertently offend such stakeholders (possibly with business or legal consequences) who find “gratuitous” postings on the web and interpret the postings in a personal way, out of context intended by the original speaker. One recent lesson, especially since the advent of social media around 2004 or so, is that the apparent “purpose” of the speaker can be as relevant (even legally) as the objective meaning and legality of the content apart from knowledge of the identity of the author. This is the “implicit content” problem.

I’ve actually encountered this already. There were a couple of circumstances that occurred in the 1990s at my last employer that I cannot discuss in detail safely even today, even though there is one particular incident that could embellish what I have to say. I don’t have legal ownership of a particular item, for one thing, even though I “authored” it at work. Anyone who enters global public debate with sensitive issues the way I did is probably going to have some experience with this kind of situation, so I hope that is somewhat reassuring to people who deal with me today. These things can always happen, given enough time and opportunity. Possibly with investor money for a “real” movie, legal permission could be gained to disclose certain matters (the film industry calls this “script clearance”). There are some practical limits to what “amateurs” can do.

There’s another subtle consequence of placing oneself into “public life” (to borrow a line uttered by Anthony Hopkins as the notorious Hannibal character in the movies). It creates responsibility for others. I’ve heard people say that “writing a book is like having a baby.” That assertion may trivialize parenthood, but once someone has, “standing from afar” (and “on high”, as if writing a “manifesto”), commented on the actions of others who have dived into deeper “Open Water” than the author has, that that author is likely to be challenged or manipulated into welcoming some of the same responsibility. Call it karma. This is a sea change in our concept of civility; in the age of "privacy" (before the open Internet), if you disapproved of something you just ignored it; now with public outspokenness, you can't claim you're (just) "neutral" anymore. There is some irony or paradox, perhaps unaffordable, in my own experience: my own gay values map in my own mind to a notion of "virtue" (call it "the knowledge of good and evil" if you want) that can become as "fundamental" to me as in formal religion, and I'm sure some of it sieves through my writings, at least indirectly; "threats" to drag me out if my own value system into unwelcome interaction with others are particularly disturbing to me. I have to say that in the past decade or so, I have learned why some people are so concerned that others be forced to behave as “righteously” (especially in religious terms) as they once had to. But I also understand how old fashioned ideas of "public morality" involved socializing others so they could experience affection on terms determined by others in the family rather than their own terms -- leading to double standards. If you speak about us, they say, then tell us why you don’t want to take care of us.
Posted by Bill Boushka at 4:35 PM