Not two weeks after the “restructuring” of the Washington Blade, across the cultural-war aisle the Washington Times (“TWT”) admitted that it is having to trim down. December 2, it gave all employees a mandatory 60-day advance letter that anyone may be laid off, and 40% of the staff will be gone by about Feb. 1. The conservative paper plans to change to a “free print” edition with mostly national issues news and arguments. The story by Jennifer Harper is here. The website will be enhanced, and perhaps combined with “The Conservatives” (link).

Earlier in 2009 the Washington Times had dropped printing a Saturday edition.

John Solomon had led the paper until recently, and had curtailed some lowball practices like putting quotes in the phrase ‘gay “marriage”’. Sometimes the paper has, in the past, zeroed in on some sordid episodes at most tangentially related to the gay community, such as a particularly graphic crime in Washington State back in 1989. During the 1990s, while the debate on gays in the military boiled, I sent five letters to the Times, and four were published (an .800 "slugging average"). I had a letter published Aug. 22, 2008 (see that day here) on teachers. However a longer Forum contribution on substitute teachers in October 2008 was not published. An editorial in the Washington Times on October 12, 2005 was coincidentally related to an incident when I was substitute teaching (see July 27, 2007).

Very much to its credit, TWT has often presented libertarian-leading columnists, such as Deroy Murdock.

It is with some amusement that I note that when I lived in Dallas in the 1980s, TWT stood for “This Week in Texas”, a gay-oriented weekly.

Newspaper people say that the Washington Times downsizing is a sign that it is very hard for marginal "professional journalists" to make a good living today. The implication is that the blogosphere and social media (previous post here) are forcing journalism to redo its entire business model. As so often, it's "The Kids" who change our world (and so do some seniors). 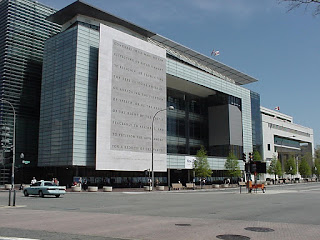