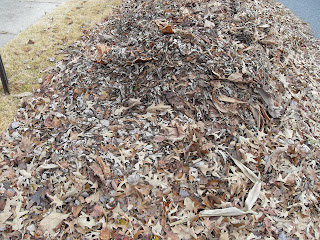 ABC Good Morning America gave Internet posters a tongue-lashing this morning with the appearance of Parry Aftab and the story “If You Want to Keep It Hidden, Don't Text or Post it Online, Experts Say: Text Messages Can Now 'Make or Break' a Divorce Case, Attorney Says”, by Andrea Canning, Linda Owens and Suzan Clarke, link here. Divorce and trial lawyers, employers, insurance companies, perhaps landlords, and somtimes police love to track down digital footprints that people didn't have to leave.

There are two kinds of issues here. Yes, if you want to check up on your spouse or child and have the resources, it may be possible to retrieve his or her texts or tweets, or social network posts, even if made with privacy settings, even if made by the improved privacy settings recently proposed by Facebook, which wants to restore the sort of privacy in socializing that we used to have in the "real world" for those who want it.

Then the poster will kick himself and say, "I didn't have to do it."

The other issue is global publication, search-engine sensitive, where the speaker wants to be found (perhaps to become a social or political “player”, Robert Altman style), but where others may react much more negatively that expected, possibly for “existential” reasons. The news story mentions Heather Armstrong (dooce.com) . What Heather Armstrong says about her firing is worth quoting: “What I was doing was completely benign," she said. "I never, you know, mentioned any trade secrets. I never mentioned the company. And so, I was really shocked when this had happened, because I didn't think that this could be a reason”. Usually, people don’t get into trouble until they “name names”, but in some cases the circumstances are so recognizable that others consider the posting compromising. This is related to the “libel in fiction” problem discussed here earlier (as July 27, 2007).

And then IBM-Quebec employer Natalie Blanchard was denied sick-leave benefits when her employer’s insurance company found compromising material in the open on Facebook.

As for the "player" concept, that loops back to "the privilege of being listened to." Can the mere fact that someone placed himself in the limelight with "positive controversy" be used against him propsectively?
Posted by Bill Boushka at 7:42 AM