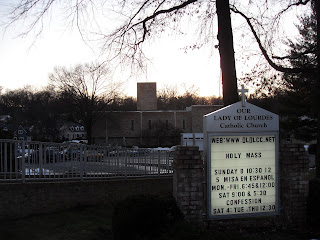 Richard Perez Pena and Tim Arango have an important story in the New York Times today, “Adding Fees and Fences on Media Sites”, link here. The Wall Street Journal already charges online subscriptions for much of its content (just as many financial planning analysis companies do for detailed financial reports on specific companies) and the story says that the New York Times is considering doing the same. Many newspapers, including The Washington Post, charge for some archival material but not for other material.

However Rupert Murdoch is considering having a major search engine company (not specified) pay for the right to index his material, rather than have it indexed freely by “major” engines (we know who). Of course, this could bring revenue in the short run for the WSJ and his other publications, but it’s hard to see how this could be effective in the long run. The WSJ has many articles of more general interest (even, for example, on gay marriage or on financial planning for same-sex couples, as well as, on the other hand, anti-terrorism and anti-money-laundering policies) it to shut these out from major engines would seem to reduce the opportunity for sales. It seems to make more sense to charge for more of the articles, particularly as they archive.

I’ve noticed that even on embeddable videos at major sites, most of them remain available for free for a long time, months to even years.

A few companies with “free content” models are now removing some content after a time. For example, Logo, which offers LGBT movies and videos, now removes some free content after some number of months, with the expectation that customers seriously interested in seeing the material will rent from Netflix or buy DVD’s from distributors. “Free content” can’t last forever; actors and filmmakers have to get paid some day.

These blogs often contain links to newspaper site stories, but at any time any of these stories could become archived or available only under subscription or per-item purchase (usually under $5), when clicked. A blogger has no way of knowing what a newspaper will do with a story at some point in the future.

Blogs, however, could defeat the purpose of a “search engine fence.” A blog (even mine!) could become known as a major source of links to, say, the WSJ after such a measure went into effect. Linking has, since a 2000 or so decision, been viewed as a “fair use” activity, comparable to a footnote or bibliographic reference in a college term paper. (As a "best practice", I try to give the section and page in the printed version when I have it, just as I did in 1950s high school junior English!) Could this legal precedent change?
Posted by Bill Boushka at 4:04 PM