Redux: Family values, and family responsibility for the childless 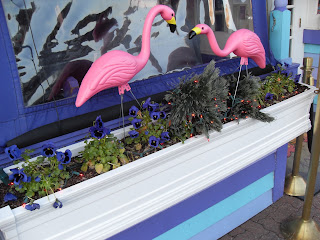 Here we go again. “I hear you”, pro-family crowd, when you say that, all other things being equal (they never are), a child is better off with a legally married mother and father, of opposite biological genders. I even accept that as meaningful, if not absolutely “true”.

And I think there is an epistemological issue with the “family”. Okay, the family is indeed a “natural” social unit, as described in books by Jennifer Roback Morse and Allan Carlson, among others (perhaps Phillip Longman, at least indirectly). But the institution of marriage is still created by man (by “society”) and maintained by the legal system; it doesn’t exist in nature without man’s creating it.

But we also have a “cultural” component of life, or a “creative” one if you want to call it that. Men can decide their own purposes while on this planet (and maybe others in the future), individually designed pursuits that don’t depend on the permission or approval of others. The right to find and live out one’s own destiny seems to comprise the heart of liberty. Yet, that often depends on the unseen sacrifices of other family members.

When I hear all the statements about the family, what I want to know, is how is this supposed to affect adults who did not marry and have their own children? Social conservatives are very reluctant to admit that, to support families, they need to impose upon or infringe on those adults who did not have them. And social liberals (including the LGBT community) avoid a confrontational debate on the issue, out of fear that it would not turn out well.

Fifteen years ago the “baby boon” problem (as Elinor Burkett called it in her 2000 book) often showed up in the workplace, with single or childless people expected to take the less desirable shifts or (in salaried situations) work more unpaid overtime. But it’s the explosion of needs in eldercare, along with a smaller working population of adult children, that grows the problem now. Medicine, for the past couple of decades, has advanced in such a way that it can prolong life in many cases but only by asking for sacrifices from other relatives, adding to the argument of some like Carlson that the “family” rather than the individual has to become the granular unit where rights are balanced by the political system (with then the family the values become communized). And Hollywood is definitely on to one family issue: that childless adults often wind up with custody of siblings’ children after family tragedies, and in many parts of the world teenagers wind up raising their siblings when their parents die. Family responsibility comes about in many other ways, most of them involuntary, besides sexual intercourse. And the demographic changes are happening so quickly that legal consequences, some of the shocking, could ambush people very quickly. The modern "libertarian" right to have adult intimacy and affection under one's own chosen terms comes into question.

The pro-marriage crowd probably understates one point: “Marriage” and the usually consequential parenthood provides power as well as responsibilities. If marriage can monopolize sexuality, then married parents have the “right” as well as “responsibility” to channel the emotional lives of their offspring, even as adults, into loyalty to one’s own blood and openness to a certain kind of intimacy with family that transcends the usual meaning of “choice” and “consequences of choice.” It’s that part of family life that we started changing our minds about, “for better or worse”, probably as early as the late 50s (even before McCarthyism had waned – Betty Friedan was an important symbol), before the civil rights movement and “sexual revolution” of the 60s, leading to the modern notions of individualism and personal sovereignty. But we could be challenged with real questions, based on sustainability, about the expectations of blood loyalty, and that everyone will be prepared to take responsibility for others, having children or not, before pursuing one’s own personally chosen purposes. On the other hand, it seems as though some people are intimating that they could not create and keep families together and support them unless they also had the "power" to indenture their kids into "loyalty". "Patriarchs" can point out that many of their (adult) kids would have a hard time indeed if really fending for themselves according to their own karma, and certain religious doctrine demands submission from some people, claiming that they "need God" more than others. It’s a scary scene.
Posted by Bill Boushka at 6:06 PM