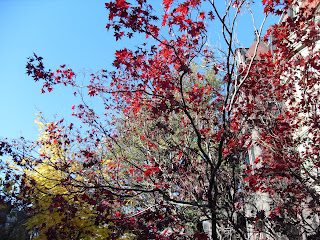 Time Magazine has created stir with its Pearl Harbor Day issue with the lead story by Andy Serwer, “The Decade from Hell: And why the next one will be better”. The online link for the story about the “00’s” is (web url) here.

In a simple phrase, we had been living beyond our means, and it caught up with us. Call it “sustainability.” One problem that former political activists know is that, even as an “average individual”, living off unseen sacrifices of others is a bad thing. Commies talk about exploitation of workers. Radical Islam talks about exploitation of Muslim lands and resources and religious and cultural intrusion. In the Middle East, it’s clear that, even from a libertarian perspective, individual Israelis could be regarded as having “benefited” from involuntary takings from individual Palestinians.

We’ve seen a shift in culture in our country, to one where one derives a sense of belonging from family and community to an individualism-based system where one accounts for oneself. The Internet, born of individualism, ironically has exposed some of the problems that occur with this. Christianity, with its emphasis on Grace, maintains that some values are more important than just “the measure of a man” (or Rick Warren’s “it’s not about you”) – perfect earthly justice is incompatible with freedom (rather as is true in modern physics). However, some conservative forms of Christianity (like LDS) and many other religions (Judaism and Islam both) seem very concerned with the assessment of and eventual judgment of the performance of the individual.

In recent years, I have come to understand how some self-concept in radical Islam works, and why well-off young men do some of the terrible things they have done. It’s true, the “measure” of virtue in Islam is very strict and includes “paying your dues” as well as faithfulness to gender within the context of ‘family”, resulting in very low personal crime, paradoxically contrasting to the violent and suicidal behavior sometimes demanded of men in radical religious belief. Virtue, or the belief that it has been preserved, becomes its own end, and even becomes a source of mental pleasure, even reinforcing marital values for men. The idea that others will not be allowed to violate “the rules” makes satisfying them more exciting, for some.

Different religious persuasions lead to different implementations of “sacrifice.” Communal early Christianity, with its deep psychological socialism, would have hid it entirely for the welfare of the group, and in modern society that corresponds to the (easily abused) notion that the family is more important as a fundamental unit that the “particulate” individual. But some religious systems see sacrifice as a natural “paying your dues”, winding up in eternity with “what you deserve” relative to what others have to do. All of this can invite totalitarianism. No wonder libertarians want the simple free market to make all moral decisions. And yet, the markets, say people like Al Gore, don’t look ahead far enough to give us a sustainable future. Think about it. It may require the sharing of "sacrifice."

One could mute the notion of sacrifice by saying that sometimes a "sacrfice" is really a repayment of a hidden debt, perhaps related to the notion that today's concerns about sustainability will require "generativity" from everyone as a fundamental moral value! 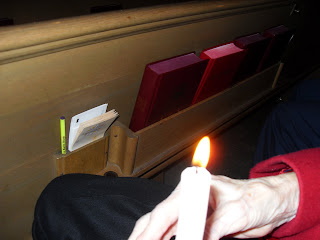 Update: Sunday, Dec. 27, 2009
Joel Achenbach has a Washington Post story, "Joel Achenbach on the 2000's: The decade we didn't see coming", link here. I have to make a quote, which pretty much matches my "philosophy": "Except the real world wouldn't leave us alone.

"Throughout the decade, the real world pursued, hectored, harassed. Ignorance was punished. Hubris found its comeuppance. The optimists were routed, the pessimists validated. The fabulous economy turned out to be something of a hoax. A war predicted to be a "cakewalk" turned into a dismal slog.

"This was a decade when things you didn't know about could really hurt you."
Posted by Bill Boushka at 4:44 PM