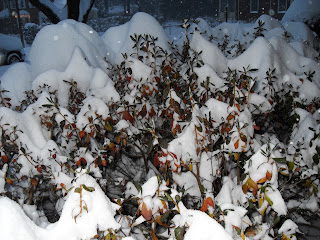 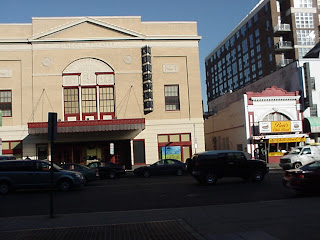 Okay, I wasn’t there, but I found a pretty good video of the snowball fight Saturday afternoon at 14th and U Streets NW this afternoon as the heart of Washington DC deals with 16 inches of snow, sticking on the streets.


The Washington City Paper already has a story on it, here.

I notice the twitterer restricts access to those who request the right to follow. I haven’t used Twitter enough to do this (here), but it leads to the discussion of privacy settings already presented here.

I’ve had very good luck over the years with avoiding flight cancellations. But when I went to graduate school at the University of Kansas, I was delayed two days by the Blizzard of 66. I remember the 1993 blizzard, as the most violent ever as it exited the DC area. In 1996, there were actually three blizzards. The January 6 blizzard was the most notorious, but in early February a similar storm tracked about 70 miles further south, burying southern Maryland with 30 inches of show, leaving DC with about 10 inches (in thundersnow).
Posted by Bill Boushka at 2:10 PM