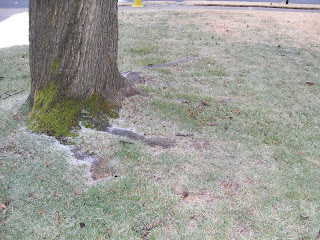 In a bizarre lawsuit, Doe v. Netflix, a woman (and “closeted lesbian”) claims that Netflix has compromised her privacy when the company gave contestants data on movie ratings, from which, she claims, it is possible to identify particular contestants and their sexual orientation, partly by matching their reviews to what they have written on imdb. The suit wants to stop a second contest in which user zip codes and gender would be given out.

JP Mangalandin has a story in Switched “Could your Netflix Queue reveal sexual orientation?” , with a provocative embrace picture from the movie “Brokeback Mountain”, which leads to a “Threat Level” Wired article by Ryan Singel, “Netflix spilled your ‘Brokeback Mountain’ Secret” lawsuit claims (the article has another, less explicit Brokeback image). That article gives a PDF of the lawsuit complaint (filed in San Jose CA) here .

The plaintiff claims that harm could come to her or her family if her sexual orientation were disclosed.

One obvious concern with this suit would be, what happens if the data for a member of the US Military is disclosed? Probably it would not mean that the servicemember has violated “don’t ask don’t tell” but it could certainly invite a witch-hunt from a biased commander.

A more general concern is that over anonymity, and the right to anonymity when speaking publicly. Anonymous postings on a number of sites as comments could leave enough of a trail for "data miners" to identify the posters.

Still another concern is more nebulous, just as we have seen with the debate over privacy settings on Facebook. When people are in positions to make decisions about others (particularly in the workplace), their own postings or “online reputations”, as viewed by others, can have a real effect on their effectiveness, whether “right” or not. The Web was, after all, created by individualists who may personally believe in “live and let live”, but many people who use it have to function in a world of complex social connections and sensitive interdependencies, not always created by one’s own choices.
Posted by Bill Boushka at 10:51 AM