Morality takes on many "normal forms" 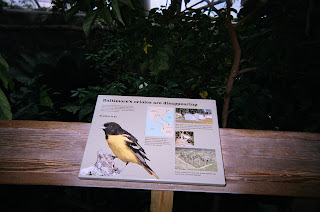 Back in the mid 1990s, as I worked on my first book, I often heard Oliver North say on his conservative talk radio program, “Life” (and, consequently, morality) “is mostly about meeting obligations to others, with occasional moderate self-indulgence.”

One of the early formulations of my first “Do Ask Do Tell” book was going to have a chapter “Morality’s Third Normal Form”. It’s available online with URL here, and the “normal form” was based on a definition of personal honor from former midshipman Joseph Steffan’s statement that “personal honor is an absolute” in his 1992 book “Honor Bound” about his being booted from the Naval Academy just before graduation in 1987 for revealing that he is gay.

In recent times, we’ve gotten pretty used to an individualistic formulation of “moral thinking”: in a nutshell, “personal responsibility”: following through with the consequences of one’s cho, ices, honoring one’s promises and contracts, along with “do no harm”. That’s pretty much the libertarian formulation. For some people it fits in with the New Age (and Rosicrucian) idea of karma, where salvation is not based just on Grace but on the idea that the Cross gave individuals the opportunity to work off their moral debts.

The “personal responsibility” moral paradigm goes along with political and social equality (before the law) as a moral absolute – especially with respect to gender (including sexual orientation and gender identity). However, the “outcome” of one’s life, given political equality, become’s one’s own absolute responsibility, whatever external challenges may come.

A particularly common example of the “personal responsibility” paradigm (especially on Dr. Phil) is the importance of avoiding teenage pregnancy (and STD’s) and avoiding having the responsibility for a baby before one is “ready” economically and in terms of self-development.

But those of us who came of age in the 50s, 60s and 70s are painfully aware of what used to be perceived somewhat publicly as the shortcomings of this style of thinking. The short version of the shortcoming is, “we don’t start at the same place in line.” Another formulation is that we aren’t exposed to the same level of risk or uncertainty, and may well benefit from the unseen “sacrifices” of others. Usually this gets expressed in political debates about the needs of competing groups of people, but sometimes the moral tone filters down to the individual. A consumer who purchases cheap imported clothes is seen as personally “exploiting” workers overseas. Internationally, various forms is this problem (such as the West Bank settlements) cause certain elements ( terrorists) to want to punish individual Americans, Israelis, or European or other westerners. An element of this problem is the feeling of shame in being unable to stop expropriation by others. An extreme example of radicalism, intending to make everyone experience the same level of absolute justice, is Maoism (the Chinese Communist Cultural Revolution of the 60s). On the other hand, fascism is obsessed with the idea of personal “worthiness.” Ideological systems that attempt to impose moral justice outside what the free market normally provides tend to appeal to and attract totalitarian leaders.

Nevertheless, when I was growing up, personal responsibility for one’s conscious “choices” was such a given that it wasn’t even controversial. Morality seemed to have, at one level, to making sure that we all “paid our dues” and took our chances. It also meant that, even before contemplating a “choice” about sex or moving into the public world in any way, we proved we are capable of taking care of others, usually in a manner commensurate with biological gender. But it was usually put in religious and collective terms: loyalty to the family created by one’s parents and ancestors, and a willingness to accept the fact that not everyone can excel in public life and that it was more important to promote the welfare of the family as a whole rather than yourself as an individual. Because this demanded accepting direction and circumstances from beyond one’s scope of control even as an adult, it was perceived as controversial, and just as attempts to force “absolute justice” in terms of equality or worthiness could appeal to psychologically unstable tyrants, a family-centered society was very subject to the whims and exploitation of entrenched interests (preserved with inherited and generational wealth). But family-centered societies, while often exhibiting gross inequalities, tend to be stable, have little crime, and make some attempt within the family unit to “take care of everybody.”

But it’s true, there are a lot of pressures, related to sustainability, that forces us back toward a more collective idea of morality (away from Steffan’s “normalization” in terms of honor). Trends in medicine, especially eldercare, prolong life but also prolong disability, often challenging other family members who never made the “choice” to have children and take on dependents.

This sort of moral system is based on a lot of coercion. The willingness of parents to commit themselves in marriage and taking the responsibilities (and risks) that follow seem to be partly predicated that everyone must “play” in the system and compete for similar responsibility before public recognition. Allowing marriage to monopolize sexuality (and penalizing homosexuality) seems like a coercive tool to force everyone to share the emotional life of the family. The existential moral problems that ensue go away when coercion is removed and personal freedom is allowed again. This sort of coercion is disturbing to introverted people (those with mild Aspergers or "schizoid personality") as well as gays; this mindset maintains that modern society allows people to become too self-absorbed to keep an interest in reproduction or in the family relationships that set them up in the world.
Posted by Bill Boushka at 6:14 PM