Looking into 2010: the strategic threats 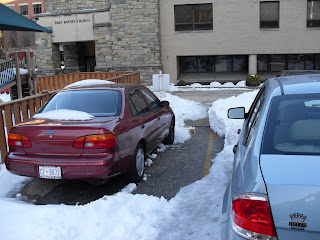 Looking into 2010 and the “next decade”, it’s apparent that there’s a few subtle pressures that could come down the pike that we need to watch in preserving our freedom, not just of speech in the abstract sense, but of free and open debate online as we have come to count on it.

One is that political pressure to weaken Section 230 protections for companies that host bloggers and for bloggers or webmasters that host forums could come in to play. This was discussed here Aug. 28, with a comment from an attorney authoring major book on the problem of indirect unbounded risks to the public from the supposed lack of accountability for amateurs on the Web. Curiously that attorney wanted to have a takedown and safe harbor procedure for libel similar to what the DMCA specifies for copyright infringement. Yet, the concept of “safe harbor” is essential to the Internet as we know it now.

Since some time in 2007, the incidence of lawsuits against amateur bloggers has risen. Many of them have occurred after reckless behavior of naïve speakers, and many of them deal with arcane local situations where the plaintiffs believe they must enforce some sort of “zero tolerance” policy for negative publicity. Some bloggers have insurance under umbrella auto or homeowner’s policies, but these are not valid if the blogs have any commercial component at all (including accepting ads), and the insurance industry is going to find that pricing media liability for “amateurs” is indeed almost impossible to do with normal actuarial concepts. Nevertheless, it’s easy to imagine political arguments to require bloggers to carry insurance, just as with the arguments made recently in the health care debate.

Another closely related problem is “implicit content”, a concept that encapsulates the apparent motives of the speaker as part of the speech. If an amateur does not seem to have a valid self-interest or purpose for the speech and seems to want to “step on toes”, it’s possible that his speech in some situations could be regarded as enticement or as an expression of hostility. This could be a problem when the speaker has employees or direct reports, or even with any sort of family responsibility, voluntary (because of having children) or not. One could invent the term “gratuitous speech”. Yet, it comes from a different mindset of how a social contract should work: that everyone should be responsible for other people and have family responsibility before entering the public world at all. It’s disturbing how this notion seems to be catching on, ironically as a result of all the openness enabled by technology.

Of course, "gratuitous speech" could simply form a strategy of a "free content" business model, becoming known by offering a lot of material free, and then trying to package and sell it to specific media operations and interests. Or it could be genuine political rebellion, to "f__k the establishment" of lobbyists, special interests, and over socialization.

Along these lines, the recent controversy over the “everyone” concept in Facebook and social networking sites is critical. Companies running these services may believe that “friends lists” or social contacts are not the same thing as “publication” and more essential, not subject to notions of “gratuitousness” that would call for privacy settings or mandatory insurance some day. But the distinctions are vague indeed. And the reality of the modern world is that almost everyone needs to be “global” now. Reputation becomes seamless and integrated, like it or not.
Posted by Bill Boushka at 7:47 AM