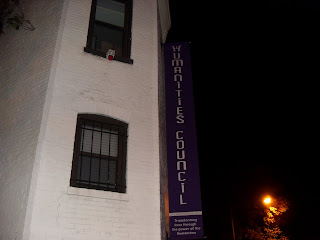 Check out the “Light Blue Touchpaper,” from Security Research, the University of Cambridge, by Joseph Bonneau, “Facebook tosses graph privacy into the bin,” Dec., 11, 2009, almost as if to refer back to the Jake Gyllenhaal’s funny line about pie charts in the hit movie “Rendition.” The link is here. Yup, most people learn by experience and conditioning and don’t bother to read directions or “terms and conditions” very carefully.

The term “graph privacy” refers to the term “social graph” that Dan Farber discussed on May 24, 2007 on Zdnet – the article, with a photo of CEO Zuckerberg addressing his stakeholders in blue jeans (to the disapproval of the old “Dress for Success” crowd of the 70s – remember EDS?) appears here).

There’s a lot of talk about “professional data aggregators” or the activities of data mining companies that will troll the lists of “for everyone” friends’ lists – supposedly for innocuous purposes (financial services companies and insurance agents call call it “cross selling” – it feeds the commission trough for “Babe” all right -- remember sales people have to find leads all the time, it’s their business). But people living in hostile environments, like dissidents in Iran, will probably have to wipe out their Facebook pages altogether (and uncache them) to keep away the modern Gestapo; and even people in “conventional marketing careers” in western countries (most of all the U.S.) will have to deal with the fact that friends’ lists are very Janus-faced in their effects on some careers. It’s “online reputation” all over again. What a conumdrum! Here’s an anonymous ZDnet article on the Facebook privacy issue, link.

Even my own Wall is fine for the “progressive world” that I try to live in, but what happens if I have to keep a low profile because of some kind of job I take in the future. What if I have to worry about how things look. Well, I shouldn’t take that kind of job now, right. I suppose so. I’ve debated this with myself for a dozen years. (When I was tossed out of William and Mary in 1961 for admitting being gay, my father said, “now we have to worry about what everyone thinks! -- what does Facebook privacy mean for members of the military under “don’t ask don’t tell”? It blows away DADT. Maybe that’s a good thing. That’s one thing about “don’t ask don’t tell” – the Kids blew it away for good, with innovation.)

Of course, I wonder how the deepest privacy settings fare in the "Deep Internet," as Bright Planet ("Pioneers in Harvesting the Deep Web") (link) presents it.

Have fun with this.
Posted by Bill Boushka at 4:54 PM