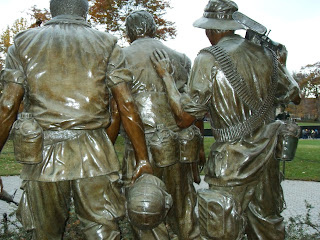 This morning, when I logged onto Facebook I was greeted with the invitation to convert my privacy settings to their new system. That was quite simple.

One “complaint” from ABC was that the default seems to turn on the option to index your profile to pubic search engines. You have to make sure to turn it off it that’s what you really want.

I’m a little confused right now about the criticism on the PAI (publicly available information) component, which ABC says the user has no control over. Does this mean the member cannot keep it out of search engines? The main risk in practice (for people in certain sensitive business situations) is that their affinity to others with certain kinds of controversial views or goals could remain public. In theory that could make it impossible for people in certain kinds of management situations to use Facebook at all. In view of the tone of Mark Zuckerberg's blog entry announcing the changes some time back, I'm surprised that the PAI isn't more narrowly restricted.

The meaning of “everyone” remains important. There is a common law notion called “right of publicity” which more or less equates to “fame”. The Internet has certainly changed that, but people in socially cohesive cultures sometimes don’t want certain members to be able to become known by “everyone” outside the culture, because it is seen as disloyal to the group.

We’ll have to follow up carefully on where this leads. It sounds like it will get refined more later.
Posted by Bill Boushka at 5:19 PM