Facebook, other Silicon Valley companies lobby on Capitol Hill: they all have a lot at stake if there is more regulation of individual users 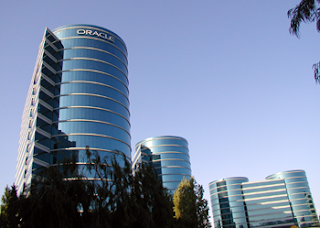 The Style Section of the Dec. 30 Washington Post has a story by Ian Shapira, “Lawmakers find a friend in the power of Facebook: Site lobbyist, 25, updates clients in Congress on how to leverage their accounts,” p. C1 in print, link here. The story discusses Adam Conner, Facebook’s first “DC Staffer”, an discusses the micro-staff that Facebook has hired in Washington. So, Silicon Valley meets Capitol Hill. Or maybe it’s “San Francisco at Washington”. The home team doesn’t always win (especially at Nationals Park -- by the way, the real estate development near the Stadium has to look inviting to companies planning to sell in DC for office space, with baseball as a bonus, it the Nats get better in 2010).

There are complicated rules regarding election law and conflict of interest that affect what Congress members can do on social networking sites, or what their staffs can do. The article goes into that.

Yes, Facebook has clearly pulled out way in front of Myspace as appropriate for professional networking, along with Linked In. Facebook is also pushing the idea that social networking and publication are distinct activities, for reasons discussed earlier here, but that is affecting the way Facebook handles privacy settings and its presentation of the “everyone” concept.

It’s good to see Silicon Valley companies working with lawmakers, because now there is a lot at stake. Many issues have the attention of lawmakers, including privacy and all kinds of abuse (including ideological recruiting by “enemies”). Since the health care debate has ignited the question of “mandatory insurance” to cover unbounded risks, the question is bound to come up with Internet use and self-publishing. Silicon Valley lobbyists may be able to keep the question quiet, but there is indeed a big stake. One factor in the insurance of individual bloggers (especially in umbrella policies) is whether they have any commercial activity including advertising. Insurers seem not to like to see amateurs involved in this. But advertising, not only on major media sites but on small business and individual sites, is a major part of the business model for ISPs and all kinds of Internet services below what is offered by large telecommunications providers. It’s possible to imagine Internet liability reform that includes , after tweaking Section 230, enabling and requiring some kinds of insurance, but also at the same time implementing tort reform (the connection to the health care debate again) and national SLAPP laws (and elimination of international “libel tourism”). You could say it’s a carrot and stick combination approach. But lawmakers would have to tread carefully indeed, since the business models for Internet-service companies seem so sensitive to policy and to the expectations of user and advertiser freedom.

Oh, by the way, when talking about “The Valley”, don’t mix up silicon (a Periodic Table chemical element that gives us the semiconductor industry) with silicones (we know what they are used for).
Wikipedia attribution link for picture of Oracle Headquarters, south of San Francisco on Highway 100. I remember staying in a motel near there in November 1995.
Posted by Bill Boushka at 7:24 AM

It will be great to watch Washington Nationals, i have bought tickets from
http://ticketfront.com/event/Washington_Nationals-tickets looking forward to it.