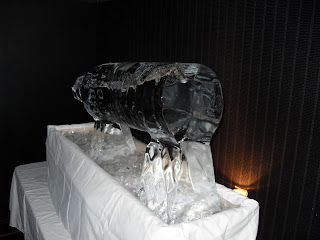 Facebook’s CEO and founder Mark Zuckerberg has announced a change in the overall design of its privacy controls, in a blog posting made December 1, with direct link here.

The original privacy control concept was that of a “regional network” which stemmed from the origin of the service as most suited for educational campuses. As it spread, Zuckerberg explains, some networks became so large that they essentially amounted to granting full public access.

Instead Facebook envisions three levels of control: friends, “friends of friends”, or everyone (full public access, as with most regular websites). But – and this sounds like a critical privacy concept – members will be able to set different privacy settings for each individual content item. That would correspond to being able to control at what level every file or application on a personal website can be viewed.

This concept could set an important example for web publishing as well as for social networking or for “social media” as we have come to understand the concept. For example, employers, at least for associates in management or otherwise sensitive positions, could demand that the associates restrict their personal web activity according to some combination of levels that follows the Facebook example. Or in time insurance companies offering “media perils” could set premiums along the lines of how much access is offered. In the long run, such developments could affect the capability of "amateur" bloggers to function as "citizen journalists".

The concept of “publication” in the law is tricky. Sometimes it means communication to just one person who understands it (sometimes that’s enough for libel). But when a book is published (which is how I got into this), it’s available to all, and the writer is not entitled to know who has purchased or read it.

Admittedly, Zuckerberg could make a different argument for what Facebook plans. In the physical world prior to the Internet era, people would share personal "secrets" and have to trust people theu told (without the idea that such information every became "public"). I remember personal situations like this myself, particularly in the 1970s. Therefore he could try to reproduce the same capability in the digital world.

Zuckerberg’s “Wall” uses his diagonal black-and-white thumbnail repeatedly, and it is curiously effective. I like the Sao Paolo pictures.

Here is the 60 Minutes interview from Jan. 2008 with Leslie Stahl. Yup, note the label “toddler CEO”. The report is pretty interesting as to explaining how “privacy” and “publication” concepts evolve on the site.

My own Profile is still under "gradual construction" here. My thumbnail would not be so effective as "wallpaper"; it has too much resemblance to Marlena's coffin in an epsiode of "Days of our Lives" in 2004.

CNN has a story about the ending of "geographical distinctions" here. CNN says that all users will have to use "transitional tools".