EFF writes about TOS and AUP issues: there's a lot under the surface 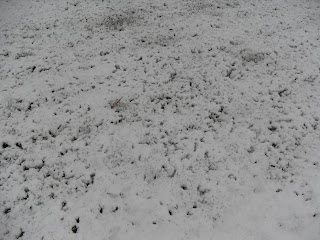 He goes into two concepts: “Clickwrap” and then “Browsewrap,” the latter of which means that a user assents to the terms just by using the product.

I can recall that back in the 1990s, AOL (when Steve Case was CEO) went to great pains to write “rules of the road” in plain English as well as legalese. Then, a lot of people did not grasp the harm that could come from inappropriate behavior online; but that’s remained true, with the range of perils (like the P2P copyright issue and the DMCA) just keeps growing. Now, parents in many families still have to grope with the “risks” of the new world, until their teen kids are mature enough (in terms of “seeing around corners” as Dr. Phil puts it) to grasp their responsibilities.

Telecommunications companies, ISP’s and service providers (like Blogger itself) typically call these agreements either “Acceptable Use Policies” (AUP’s) or “Terms of Service”. They range from unreasonable use of bandwidth (applicable in the network neutrality debate) to intellectual property violations like copyright infringement, libel, invasion of privacy, harassment or hate speech, cyberbullying, or outright criminal behavior (such as child pornography or that behavior so well documented by Chris Hansen on Dateline).

Another little potential legal trap is indemnification. As with book publishers, ISP’s sometimes state in their AUP’s that they can pursue users for any downstream liability judgments, although for the most part Section 230 and the notorious DMCA “takedown” already protect ISP’s (some people in Congress want to change that). Few users are aware of this. And they’re rarely enforced except in really egregious cases (otherwise the providers would have no business model).

All of this looks toward an environment where media perils insurance becomes more of an issue, perhaps complicated or at least enriched by the development of more sophisticated privacy controls by companies like Facebook, which could well require that users learn to use them.
Posted by Bill Boushka at 2:05 PM