Christmas 2009: The logical paradox of Grace 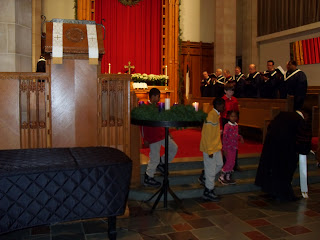 So it is Christmas Day once again, this year, for me at least, a quiet day. I remember the boyhood Christmases, the excitement of Christmas Eve, the 6-foot tree in the dining area with the star on top (at one time there had been only a spire), the 1940s era lights that, although they burned out a lot, imparted an old time quaintness that reminded me, even as a boy, of the perils our world had just come through less than two decades before.

One year, when I was in sixth grade, I think, I got all books. One of the presents was “Tales of the Rails”. Back in the 1950s, hardcover books often sold for less than $5, but long playing classical records (stereo was just getting introduced) listed at $4.98. I liked trains and then had a Mars HO train downstairs, with a layout to resemble some place, and with Kleenex pieces as a substitute for snow.

I remember the other family homes, that some people would have all blue lights, and I would wonder why.

Yesterday, I did attend a Christmas Eve service. The new pastor gave a long homily. But I’m struck with the idea that the very concept of Christianity, of salvation through Grace, forces us to confront what seems like a logical paradox, something that Al Gore had to deal with in his book “The Assault on Reason” just as he was ramping up to confront the public on climate change. That paradox is that we probably cannot develop personal responsibility and accountability in ourselves – a concept so central to liberty (as well as political libertarianism) – without Grace at the same time. No other faith is quite willing to acknowledge this.

Likewise, human beings are unique (among mammals) in that they are both individualists and social creatures. They must behave as lions and tigers at the same time (yes, I seem to like to compare cats to people). We value private choice and (adult) private intimacy and defend it vigorously as a fundamental Constitutional right, yet must come to terms with the fact that intimacy expresses values and that expression has public meaning and consequences.

The most difficult moral problems are not in the area of taking immediate responsibility for personal choices; they are in the fitting one’s own talents to meeting real needs in one’s families and communities. They difficulties come from the fact that we must become social creatures and share uncertainties, and sometimes step back and allow others to carry on, in order to produce work that has any lasting value at all. Call it “family values” if you like. We have to face the idea that diversity in the kind of commitments people enter into may be much better for the world than no commitment at all. Hint: accept, even endorse gay marriage, but strenghten intra-family commitments too.

So, politically, we must fight for equality even as “logically” absolute equality is impossible and complementarity is essential to any community or civilization. We defend free expression even though the existential end point of some expression could be discriminatory and destructive. We fight for justice even though we know that over-preoccupation with “justice” at the individual level could invite tyranny back in to the home. Without connection to the community and family, the inevitable sacrifices that must come become just that, losses.

So then, the freedom to plot out one's own course in life presents its own paradoxes. Our own sense of pride demands justice brought down to the level of accountability of every individual, but the Gospels repeatedly say, it doesn't work that way.
Posted by Bill Boushka at 7:19 AM