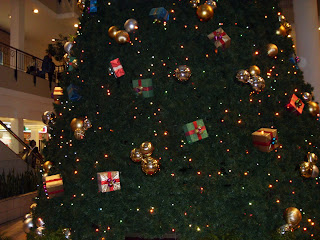 Yesterday (Dec. 23) I got a call from my cooperative print-on-demand book publisher (iUniverse) about interest in any marketing campaigns. I said that my two books are old and both are non-fiction (the first dates to 1997 with the print-on-demand starting in 2000; the second dates to 2002); old books generally don’t sell well at original price, inasmuch as there are always residuals at resellers. Fiction does better. But generally, the only kinds of books that remain best sellers over time are classics (the kind that get assigned in high school English class), a few how-to’s, and a few blockbuster novels and series (like Harry Potter, or a few notorious best sellers like Atlas Shrugged). Even fiction gets out of date. One of my favorite thrillers as a young man was Irving Wallace’s “The Plot” (following “The Prize”); but of course the political circumstances that make that book work are totally changed now. That’s another problem with political thrillers; they will become obsolete. Back in the 1980s I worked up a manuscript called “Tribunal and Rapture” – sounds like a catchy title for a movie, doesn’t it (maybe from somebody like Screen Gems or Dimension), but the Cold War premise has totally changed now.

I do have an inventory of all my books, and do get requests; I do encourage people to use Amazon and B&N, however.

Okay, I may be venturing into areas that belong in a books blog. I do have a manuscript for a novel, which I purported to call “Brothers” – as two young men form a tag team that is a bit like Sam and Dean in “Supernatural” – and then Lionsgate came out with its post-9/11 drama by that name (my movies blog Dec. 7). (actually based on a story and subsequent film by Danish writer Susanne Bier) . So I may call it something else. Some of it has been looked at by a New York literary agent already.

There are many characters and the story line spans three decades, but I finally decided to concentrate on the relationship between a thirty-something CIA agent with a conventional 3 kids family, and an ROTC college student whom he befriends, a young man who has beaten back “don’t ask don’t tell” despite the candor of his Facebook page. Well, that’s one thing: the novel has to allow for the fact that the policy is likely to be repealed soon. Now the CIA agent was ex-military himself, having served in military intelligence after his own ROTC scholarship 15 years back; then he became a history teacher, but got called back. Due to the nature of SCI information, he is on to something that even the bosses at Langley and the president don’t hear: a bizarre new pandemic, seeming to strike people who live at high altitudes. The disease seems to be related to a virus that can process a bizarre radioactive toxin. Did it come from terrorists, aliens, or from a supernatural or metaphysical source?

There is a twist: Randy craves a certain amount of intimacy that does not come from his marriage, and is curious about the charismatic, peripatetic college student Sal, who seems to him to be on a personal mission to manipulate older men for unknown reasons. Gradually, as Sal draws him toward a mysterious “Academy” with its rituals, he begins to unravel Sal’s connection (perhaps supernatural) to the source of the coming epidemic and its meaning for “all of us.”

There are various backstories that go back to the 1960s and Cold War days, and work through the 9/11 period. For example, there is another retired FBI agent, whose physician wife has learned of the epidemic, and who feels compelled to try to reunite with her at that time, sending him on a journey that will intersect Sal and Randy, through the “Academy”. But it seems much more inviting to tell the front story through relatively young, “appealing” characters – a “Smallville” effect.

But the novel itself is not dependent on the specific circumstances of today’s world politics (Iraq, Afghanistan, Al Qaeda, etc.) although sudden environmental change (climate) figures in. Al Gore should enjoy it some day.
Posted by Bill Boushka at 10:12 AM