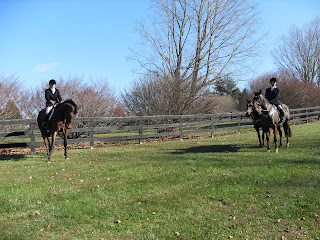 I’m in transition, and I am trying to set up my next set of “quasi retirement” opportunities, but here are some of the more tangible benefits:

I am interested in doing a film project. A library of film reviews, heavily cross-referenced by category and addressing film-related as well as social issues would help build interest in potential production companies or investors. The book review library provides a similar benefit. It’s true, it would be better to have all the “movie-related” reviews on one blog instead of three, as they are now.

The reviews of classical or even rock music concerts, along with discussions of certain issues in music, would help network with newer musicians and composers.

The discussions of the “intersection data” for law and technology – in areas like COPA, “implicit content”, online reputation, DMCA, downstream liability, prospective trademark dilution, FTC or FEC regulatory attempts, media perils insurance (which could become quasi-mandatory) and employer blogging policies -- would help attract the attention of those looking for analytical help in solving some of these big concept problems that can eventually undermine freedom of speech on the Internet.

The specific blog on identity protection fits my background because in the past I have worked “professionally” on NCOA.

The blog on the information technology job market logically follows from my 31 years in conventional – mostly mainframe – I.T. I can shed a lot of light on what really goes on in recruiting, hiring and firing.

But, then, “you” ask, why play Chicken Little, with a blog about all possible disasters that might happen (as demonstrated in the movies or on the History Channel). In the Disney film, Chicken Little himself made a fool of himself on the Web in the way he drew attention to himself (to the consternation of his dad). Or why, on the issues or retirement blogs, remind viewers of how people “mess up” with upsidedown mortgages or (in the health care debate, for example) make others pay for their “behavioral” problems? Isn’t that drawing attention without walking in the shoes of others. And, wow, talking about refusing to make some kind of bodily sacrifice, of bragging about hidden shame, one asks. What existential conclusions does this lead to? Aren’t these postings a bit sadistic in intent?

Well, Okay, we can refer back to libertarian arguments about “personal responsibility”, and when it fails, it invites government to walk in and take all of our freedoms away. (The health care debate has elements of that.) That’s true, I’d like to see people get beyond “I need” and just sign prewritten form letters to their representatives in petition drives led by others. I’d like to see people learn to use their own words, at least. (Remember that “we’ll give you the words” problem?)

One problem is that, if we don’t learn to work smart on some issues, we really will see “sacrifice” (and “unfairness”) like we’ll never known it. Look at our performance on H1N1. We should be ramping up on H5N1, not just swine flu. (By the way, all flu is “bird flu” anyway.)

And there are other problems that the main media (both mainstream and gay-specific) have totally missed, like filial responsibility laws in conjunction with changing demographics and severely stressed public safety nets.

Yes, I think when an individual writer is out there and willing to stick his name and “reputation” on addressing these things, politicians eventually notice, and the end result is at least more nuanced that what we get with the traditional operations of K Street alone.

But the ultimate point is not to aim at some specific solution (even to a problem like “don’t ask don’t tell” which started me out on this journey and which, with some malignancy, spread to envelope everything else, like metaphysics – we live in a “don’t ask don’t tell” – “don’t mention” – world; sometimes intact social structures and families matter more to people than global truth). One of my points is to trace the evolution of the issues as we have them today. We migrated away from socially-driven values to individualism in a time when we thought some things were “private” – and then the Internet turned everything upside down, like an hourglass, and made the entire meritocratic world buttressed in “privacy” very social indeed.

I have talked about restructuring the blogs, and I think that may well happen by the end of 1Q of 2010. There would be fewer blogs, so that materials (especially book and movie reviews) could be crossed referenced more effectively, and it would be moved off of a “free service” onto one domain so that it could not be knocked off and could be properly insured.
Posted by Bill Boushka at 5:56 PM