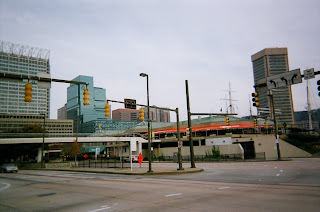 The Washington Post contains a story by Dan Eggen about an employer’s pressuring its associates to support them on a political position by asking them to email or write local newspapers and legislators, apparently following a form-letter script. The title of the story is “Insurer enlists employees to fight health reform: Consumer group accuses United Health of intimidating workers”, link here, on p A11 in print.

Consumer Watchdog also has the story here and provides this link to the letter. In fairness, one must note that the UHC PDF letter document says that empployee participation is "voluntary" and employees may say what they like.

In the past, some of my employers have had “political action committees” which they have mentioned in employee manuals but none of them pressured “non management” employees (even highly paid individual contributors like computer programmers, which I was) to contribute.

I have expressed concern on my blogs that once someone is in management, they are less free to express their own personal opinions on political issues, be it health care reform or anything else. However, as I’ve noted here before, many employers have “blogging policies” which merely state that employees must, on personal blogs or sites or social networking profiles, label their personal opinions as their own. I’ve seen many people identify their employers on blogs in situations where it did not appear wise to do so.

In the 1990s, I worked for a company that, among other businesses, specialized in selling life insurance to military officers. When I became personally involved in the political debate over “gays in the military” (leading to “don’t ask don’t tell”) and decided to write a book, I transferred to a larger division of a company that acquired the company I was working for, to avoid what I perceived as “conflict of interest”.

People may say that United Heatlhcare's behavior is prohibited by the First Amendment, but the Bill of Rights applies to what the federal government (and sometimes, by the incorporation doctrine, states and local governments) may or may not do to citizens. It does not directly apply to private employers like United Healthcare, who could apply "employment at will" policies, although there could be other federal or state laws or Labor Department fair employment rules that regulate such employers with respect to employee speech. Possibly the practice could invoke rules involving lobbying and campaign finance (the FEC).

UHC was my insurer when I had retiree insurance from my last employer, and it is my AARP-supported Medicare Part B Supplemental now.

Employer management, as whole, as well known, however, for influenyial campaign contributions and organized lobbying.
Posted by Bill Boushka at 7:16 AM