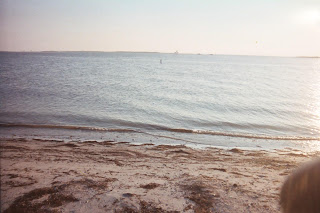 In August on this blog I covered a controversial eminent domain case on the Texas Gulf Coast, along with the right to speak and write freely about the case.

Here is a new test of property rights, in Florida. In the Panhandle, as in a community called Destin (not far from Pensacola) the state has been adding sand to beaches in front of waterfront homes (called “Beach Renournishment”), and then claiming that the additional “land” is public property. Local homeowners claim that this violates the Takings Clause, since it deprives them of waterfront property. The Florida Supreme Court (remember it from the 2000 election?) agrees with the State.

There is a blog by D. Benjamin Barros, a law professor at Widener, with an analytical article here. There’s another blog with the humorous title “Inverse Condemnation”, link here.

Robert Barnes has a front page story Nov. 24 in The Washington Post, “Landowners on Florida beaches fighting to be sand owners, too: Supreme Court to examine 'taking' of private property”, link here.

This doesn't sound quite as big brotherish as the Texas case.

The Washington Post has a major editorial "Shifting sands: Beachfront property, owners' rights and the Supreme Court", link here. The conclusion of the editorial is important enough to quote here directly: "But government entities should not have the right to unilaterally change the nature of private ownership -- and potentially the nature of the property itself -- without the consent of the owners or, alternatively, without paying "just compensation" to owners whose rights have been breached or whose property has been seized. The compensation should not depend on whether those rights were taken by eminent domain or as a result of a judicial decree."
Posted by Bill Boushka at 10:18 AM