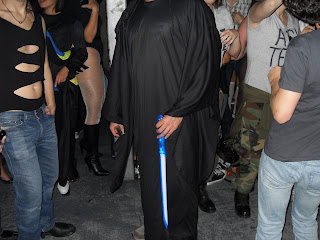 There is a new Facebook application, “Wisk-It” (sounds like a detergent, doesn’t it) that will allow “friends” to communicate “reputation cleansing” photo deletion requests. Your “friend” (that doesn’t mean the neighborhood cat trying to get let in to mew in front of your refrigerator), when she has Wisk, gets the delete requests from you the next time she logs on to her account.

It sounds as though a lot of the photos people take at parties really are wild. I see flashes flying all the time at discos, but I don’t think shirtlessness (for adult gay men, especially when confronted by performers at the Town DC) really creates a “reputation” problem. The underage drinking and all that, it seems that the job counselors really make a lot of it. (How can you tell that a drink held in a photo by a 20 year old on a youth night has alcohol, anyway? There’s imitation alcohol-less beer now, you know. I suppose that when Shia La Beouf first hosted SNL, they couldn’t serve alcohol at the after-show party. Later there would be plenty of time for those “grown up things to do.”)

The New York Times story by Stephanie Clifford is “An Application to Help Scrub Those Regrettable Photos from Facebook,” link here.
Posted by Bill Boushka at 5:25 PM