Conservative Christians offer "Manhattan Declaration" urging defiance of the Law, honoring "Biblical" (as they see it) views of family and "life" 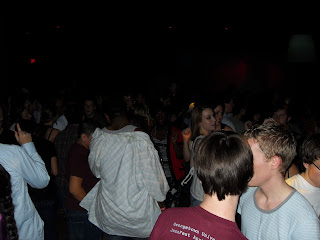 The media is reporting that the document encourages a measure of deliberate civil disobedience, not to comply with “secular” laws allowing abortion or recognizing same-sex marriage. For example, the Metro section of the Washington Post Saturday Nov. 21 has an article by Michelle Bourstein and Hamil R. Harris, “Christian leaders take issue with laws: defense of beliefs urged; same-sex marriage measure in spotlight:, web URL link here. The appearance of the article coincides with recent threats by the Catholic archdiocese in Washington to cut off services to the poor for the City if they have to honor same-sex marriage in their employment practices. Imagine how that looks! The last paragraph of the Declaration, on p 30, after talking about the “common good”, says belligerently, “ we will not comply with any edict ….” and goes on with its list to be above the Law.

The document itself is rather brutal reading. It gets in to making something extra of a marriage between man and woman and elevates experience of gender complementarity as a moral mandate; those who do not, even if by reason of some inborn treatment, are somehow viewed as tainted by sin in this view. The Post article says that the document regards “social ills” as having been “exacerbated by the election of President Obama, an abortion advocate as well as a general erosion of what he calls ‘marriage culture’ with the rise of divorce, greater acceptance of infidelity, and the uncoupling of marriage from childbearing.”

Actually, that sentence probably understates some former Vatican statements. In the past, the Church has presented openness to procreation and the risks and responsibilities it incurs as an essential duty of all those who don’t take vows of poverty; other conservative faiths (LDS, “evangelicals”, etc.) take similar positions (without trying to save a place for a celibate priesthood and convent order). That line of thought is what undergirds the opposition of the Church to homosexuality. In this view, participation in intergenerational responsibility (or “generativity” or “sustainability”) becomes an important moral principle, requiring the childless (even more than those with their own children) to maintain filial responsibility, blood loyalty, and be open to accepting the demands of others for emotional attachments. This used to be part of the “unwritten curriculum” of society, suppressed gradually starting with the liberation of the 1960s, but some forces are trying to make it come back. The concept gets expressed in the law sometimes, as with filial responsibility laws on the books in 28 states. This sort of thinking is concerned with unseen sacrifice, ill-gotten gain and motivational integrity, all of which are answered by insisting on "generativity."

The document does not talk about pornography, or cultural media “distractions” from the emotional connections of family, as did Rebecca Hagelin in her recent book (reviewed on the Books blog). But one can imagine an extension of the document: anyone should have accountability to others, especially for family, before being heard from. The problem is that in a few states that may already be the law, although few people seem to realize it.

The late civil rights attorney William Kunstler (as in a film that I saw yesterday and reviewed on the movies blog) said that tyrants operate by making their operations "legal". But it seems like some conservative Christians don't even care to go that far.
Posted by Bill Boushka at 7:20 AM