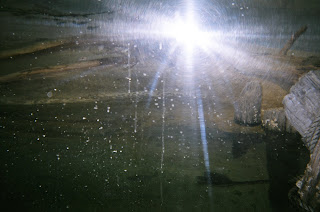 Bloggers generally don’t realize that courts tend to regard them as “publishers” as well as just engaging in conversation or social networking. That’s the recent spin over a few bizarre suits. Kate Murphy in Agence-France Presse reports that a real estate agent in Houston, TX was jailed for failing to turn in her computer to a court after she was sued for comments made about Anna Nicole Smith by the late model’s mother. The story is “Blogger jailed in defamation suit”, link here. Lyndal Harrington spent four nights in jail and claimed that her computer had been taken in a burglary. The news story repeats some of what she had apparently posted (I won’t). The story was posted in June 1, 2009, and reports that the defendant has been ordered again to produce the computer.

But a bizarre fact about this case is that she was sued for comments made on someone else’s blog. It’s true that comments are published speech that could carry libel liability, but it’s unusual for comments on blogs or forums to wind up in court. Section 230 would protect the blog host, but some people want to change that. But other bloggers were named in the suit. Howard K. Stern and Larry Birkhead, often covered in the media, are also named.

Defamation cases against bloggers, especially SLAPP cases, have tended to come from local sources like real estate developers, local politicians, or unusual cases involving “celebrities.” People have gotten into trouble for “complaining” about eminent domain or developer behavior, and for “gossip girl” talk. (I think the CWTV show ought to have a nice lawsuit in its plot concerning the mobile blog.) Typically the plaintiffs claim that the "false" postings have complicated their business or personal plans in some bizarre way. Truth is an absolute defense to libel (in the US, but not always in Britain -- ask Kitty Kelly).

Media Bloggers Association said in a posting May 21 that its blogger insurance coverage starts at $540 a year in some cases, is offered by AXIS Capital Holdings Ltd, and covers copyright infringement as well as defamation (some media risks policies don’t cover copyright cases). The link is here.
Posted by Bill Boushka at 7:26 PM

Everyone should not be excused for talking ill about anybody. If he really is a real estate businessmen, he should focus more one marketing his properties rather than doing that.