ACTA agreement being negotiated in Korea could undermine protections against downstream liability for ISP's; mandatory "3 strikes" in the offing? 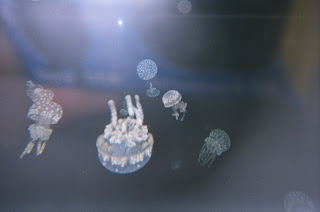 The negotiations going on recently in Seoul, Korea for an Anti-Counterfeiting Trade Agreement have leaked information that very troubling, according to Kailtin Mara of Intellectual Property Watch. The title of the article is “ACTA Internet Chapter Leak Signals Far Reaching Copyright Policy,” with link here, dated Nov. 5, 2009.

Signatories would have to provide for third-party liability, the dreaded concept that could shut down “free entry” blogging and even social networking on the Web as we have come to use it. That is, it sounds like, if it remained out of control, it could eventually gut Section 230 protections in US Law (from the 1996 Telecommunications Act) or the indirect “protections” (however unconvincing to many people) of the DMCA takedown provision.

However, further leaked provisions suggest a “safe-harbor” for telecommunications companies or ISP’s that would include “would include having policies to remove incentives for unauthorised storage and transmission of information thought to be infringing, and having notice and takedown provisions in place so ISPs can be informed of and act on allegedly copyright violating content.” Is this the same as the DMCA takedown in US law? Not exactly. Commentators think this is inviting a “three strikes” law more like that which has been fiddled with in Europe (especially France).

The United States has a proposed ACTA agreement (link).

The Electronic Frontier Foundation wrote that the leak confirms its “worst fears” and Gwen Hinze has an article “Leaked ACTA Internet Provisions: Three Strikes and a Global DMCA” (Nov 3). The article suggests that even the US is urging a global “three strikes” or “graduated response” policy which apparently is still pushed by major US media and music content companies. Apparently US providers would have much less flexibility in terminating alleged copyright infringers than is now the case. The article notes that Three Strikes has already been rejected by the European Parliament. The link for the EFF article is here.

Major content companies are still at war with consumers, it seems, or at war with upstart, low-cost challenges to their older business models, as outlined by William Paltry in his book “Moral Panics and Copyright Wars”, reviewed on the books blog Oct. 2. Check out his blog here.
Posted by Bill Boushka at 12:29 PM