When I was growing up, the sharing of "sacrifice" was the central moral issue 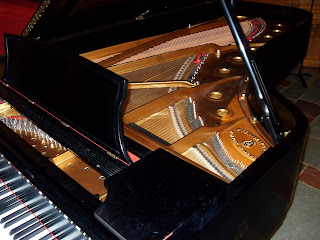 On a cool March morning at Ft. Jackson, S.C. in 1968, I lay, low-crawl position, to the left of my “buddy” who fired rounds from his M-14 on the 25-meter range. I had just fired a series myself, and done OK. But when I was “coaching”, rounds from the next “couple”, a few feet to my right, blasted at my right ear, through the inadequate soft plastic Army issue earplugs. (Later I would learn you could buy better plugs at the PX).

From that moment on, I would have some lifelong tinnitus in my right ear. Later on, audiometer tests would show some hearing loss at the 4000 CPs area, critical for musicians. It may not have helped that I was already coming down with the 1968 flu that day. I would soon be recycled into “special training”) the Army’s equivalent of “special education”) because of my poor performance on the first PCPT (Physical Combat Proficiency Test). I had made a 190; I would eventually graduate from Basic with a fair score of 385.

Although it may sound trivial in the grand scheme of things, my hearing loss would amount to my “sacrifice.” I would, as 24-year old with an MA in Mathematics, be treated with kid gloves, and kept stateside for the rest of my term with the draft. College grads with degrees in math and science were generally treated better by the military during the Vietnam era (post-Sputnik); at the time, we were at the end of the era of student deferments. The whole system of deferments (that at one time would have deferred married men and “Kennedy fathers”) presumed that some men’s lives were more “valuable” than others, a post-Fascist notion that we had won a war to defeat and faced again (in a kind of opposition) in a Cold War; yet we were guilty of the same moral sins.

I note the hearing loss in another context. I would still enjoy classical music (records and CD’s) as an adult gay man. However, because of the values of the times I grew up in and because of my poor performance in “gender-related” areas as a boy, I lost the opportunity for a career that I think I would have worked hard at and would have succeeded in. I see others succeed today, in a better, if still unstable, world.

But all this followed on the heels of my earlier upbringing. I had somehow missed the “hidden curriculum”. To wit: although we were supposed to be a free country and supposed to value individual talent and ability, there were areas of life that belonged, almost through emotional expropriation (so it seemed to me) to family and community. It was that “women and children first” thing, a world that had just met Betty Friedan. It was a world in which the way (not quite voluntary) sacrifice was shared was viewed as the central moral problem—remember Ross Perot’s call for “shared sacrifice” in the 1992 campaign (or for that matter similar calls from Jimmy Carter). Life was not always about “you”. The New Testament and Gospel had to deal with these paradoxes, about how we only have freedom if we can sometimes walk in the shoes of the least among us, and at least all take our turns at service.

I do understand where people who advocate “the natural family” or the idea that family, rather than the individual, must become the granularity of freedom, are coming from. That was how it was a half-century ago, before people could question how easily such a system could be abused by those in charge. Now the tables are turned; abuse can come from those who claim they have nothing to lose. These are strange days.
Posted by Bill Boushka at 4:25 AM