The "social contract" and its neo-modern instantiation 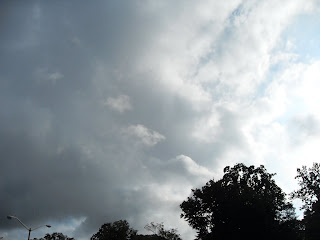 I’ve often written here about the culture war between “personal autonomy” vs. “public morality”, which sifts down to the idea that a social unit (normally the traditional nuclear family) should become the central bargaining unit in society, rather than the individual. Such a view accepts as “reality” that people are naturally “unequal” and that parents have not only the duty to raise children but to mediate the emotional lives of all members of the family under then. Such an arrangement is obviously open to abuse from those in power.

The opposite of this is hyper-individualism, which regards each individual as having a “station in life” that is “earned” by the individuals intrinsic merit and then hard work. In such a society, “weaker” members, whatever their familial origin, drop out. The comparison of these two poles is like a comparison of lions and tigers.

There is a way to reconcile these models, with what some writers (like Phillip Longman) call a new “social contract,” where common obligations are allocated to the measure of the individual. Wikipedia describes the notion as a class of rules by which a society maintains social order. But I think a more apt interpretation today is a set of rules, laid down (perhaps in statute, perhaps in equity) for individuals to share some of the intangible risks and uncertainties faced by a society, beyond the control of usual market economic forces.

The most recent example of the call for “social contract” is the concern over “demographic winter.” People of certain temperaments find more personal fulfillment in individually driven cultural activities than in social intimacies, and come to perceive having families and children as too risky or taxing. Therefore, in some affluent cultures, birth rates drop way below replacement. This naturally leads to discussion of measures, requiring sacrifices from individuals, to those who have “chosen” to have children.

Another interpretation of this view of “social contract” is the older idea of gender norms: that men make themselves fungible to protect women and children, and find meaning only when they become husbands and fathers themselves. Or, artistic or career accomplishment is meaningful only in the context of meeting “real needs” or “real people” in “real life”. The end point of this kind of (“soap opera”) thinking is that sometimes jealousy is good, and relationships, family formation, and procreation are practically mandatory.

This sort of notion did form the basis of the “moral thinking” of a couple decades ago; a marriage maintained its passion by the social control it could exert over others, quite frankly.

A modern “social contract” might be summed up as “pay your dues” as well as “pay your bills”. It does sound anti-libertarian. Some of its “rules” have been covered here before, like on the Oct. 9, 2007 blog entry here. Modern “social contract” theorists talk about bringing back the “family wage,” policy changes to favor large families, and policies to penalize singles or the childless, as well as ideas like mandatory national service, and enforcing filial responsibility laws. Learning to deal with the "intimacies" of "intergenerational responsibility" would be expected of all, including the childless; and individual "accomplishmet", outside of family commitment, would be viewed as "mental masturbation." These all address “natural obligations” that go beyond the use of choice and tend to require a measure of faith to accept the continuing inequities that follow. There is even the idea of “the privilege of being listened to” to throw into its crock pot.

Never take your rights for granted. Never overlook the hidden sacrifices of others.
Posted by Bill Boushka at 7:26 PM