Should "professional" news media have government subsidies? Then what about bloggers? 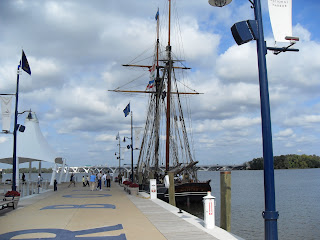 They start out by quoting President Obama: “I am concerned that if the direction of the news is all blogosphere, all opinions, with no serious fact-checking, no serious attempts to put stories in context, that what you will end up getting is people shouting at each other across the void but not a lot of mutual understanding.” I hope that my own material rises above that: I do try to put stories in context by the way they are organized and labeled in blogs, and I do check with reputable sources for things. This op-ed comes from a “reputable source” after all.

Indeed, it was “citizen journalism” (indeed the topic of the previous posting here on their not being included in the proposed shield laws) that became viewed as the counterweight to well-funded special interests in the past fifteen years, a point well made in the COPA trial to which I was a party. Yet, as the writers here point out, there can be a rebound effect: in the blogosphere, the shouters with the most money could still carry the day.

The columnists point out that the “fundamentals” of newspaper economics are forcing not only consolidation of the majors, but also the disappearance of small papers and the elimination of hundreds or thousands of newsroom jobs. They are that in the early days of the nation, the news business was subsidized, and it needs to be subsidized as a non-profit public good (rather like PBS) again.

Of course, what worries me is that once journalists accept public money, what they say can be regulated by politicians. That’s the entire point that the ACLU and EFF have battled in court for the past ten years, in cases including COPA.
Posted by Bill Boushka at 6:41 AM