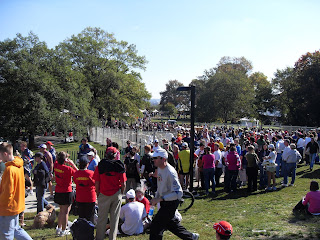 The Senate and House are honing in on limiting the scope of journalistic shield laws to “professionals” – those who are paid salaries or contracting wages from third party news or media organizations. The Senate version seems to allow for the occasional professional journalist but the House requires that the journalist earn regular income or report for substantial financial gain. Both cut out self-proclaimed "citizen journalists", although one wonders how someone with a financial track record (like Heather Armstrong of dooce.com) would fare in this definition.

The Niemann Journalism Center at Harvard University has an article with URL here. The bills are S 448 and HR 985 (the Free Flow of Information Act of 2009, govtrack link here).

The bill reflects similar thinking in other areas, such as with the Authors Guild, which generally accepts for membership authors who have been published by third party trade publishers, generally for income, as with the link here. Associate memberships are availble for authors with contracts with third party publishers for works not yet published, and membership-at-large is available for literary agents who work with regular trade and university publishers. But note that the emphasis is on the idea that the author can earn a living from writing.

The government may well be aware that “amateur” bloggers sometimes “stumble”upon major tips (even regarding potential terrorism) and expects “amateurs” to fully share sources and information with law enforcement.

The “professional journalist” concept could become important some day in the area of media perils insurance.