NYC arrest suggests that Twitter and similar tools can get you arrested if you disrupt law enforcement; how about TXTmob? 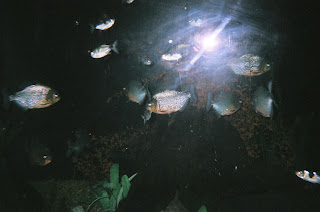 Colin Moynihan has a curious story on p A18 of the Oct. 5 New York Times, “Arrest of Queens Man Puts Focus on Protesters’ Text-Messaging Habits,” link here. A man, Elliot Madison, was recently arrested in Pittsburgh and charged with “hindering apprehension or prosecution, criminal use of a communication facility, and possession of instruments of crime” with his tweets. Apparently it is a crime to interfere with a police investigation sending messages (as with Twitter or even IM’s) that tip off people (perhaps political dissidents) as to the whereabouts of police, and New York City attempted to subpoena information about this application from its innovator.

The article mentions an application called TXTmob (link at Source Forge), which was used to disseminate mass messages to potential protestors at the 2004 Republican National Convention.
Posted by Bill Boushka at 5:32 PM