How men become socialized by the family: the response of hyper-individualism 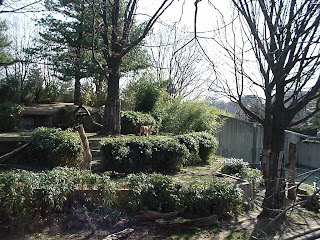 Last night, President Barack Obama, in his speech at the Human Rights Campaign dinner, referred to “old arguments” made by otherwise “good people” to deny people their individual and equal rights. It struck me that he was talking as much about the “existential” side of “homophobia” as the usually religious.

Let’s walk the walk again. Here’s how “their” thinking goes. The parents pressure the children, especially boys, to develop preferential attachment to others in the family and imagine the permanence of the Family (through generations) as something that transcends the self or the individual. Then as young men they imagine the value of raising their own children and of valuing the mothers of their children in a sexually committed manner – hence, the “no sex outside of marriage” standard, and the possibility of a silent double standard (“don’t ask don’t tell” for straight men). Then, once the young men have their own families, they place a lot of importance on the social supports and on commanding the loyalty of others.

The process can go off-track. Men are expected to compete with one another to show that they are "worthy" of having their own families, so some men may want to drop out of the process and migrate to a different world, a psychological "another planet". There's a contradiction between relating to "people as people" (my father's phrase) and a competitive system that values some people more than others (as during the Vietnam era draft with its deferments).

Here, remember, we’ve noted that human beings are both lions and tigers: they can be social creatures or solitary. The social side comes from the enormous veneration that is given to heads of families and to the fact that many “patriarchs” become conditioned to expect such loyalty (like the character Stefano in “Days of our Lives”). This social arrangement accepts that individually people are indeed quite unequal, and it is the duty of stronger family members to protect the less strong, a kind of internally Marxist arrangement. “Social justice” then is seen in macro-political terms (as with the struggle between Israel and the Palestinians); it is not the proper forum for individual action. It’s easy to see how this degenerates into tribalism. Gay men may have developed differently because they did not "compete" well as boys (that was my situation); or maybe they did compete well but are not emotionally wired to connect social domination of others with sexuality (hence they are wired more like tigers than lions, animals which are biologically almost identical).

Then comes the individual side, which proposes absolute equality before the law of individuals (not families or other groups). Hyperindividualism promotes individual sovereignty, and absolute personal accountability for the self, in objectivist terms, with no excuses. Therefore the less capable can be left behind, as their own families will be less likely to protect them. Big government programs might come in and provide the safety net, which is one reason why some social conservatives want to push a “mom and pop manifesto”. In a sense, hyperindividualism promotes waving the concept of "second class citizen" at the individual level, whereas in the past (where families watched their own backs) it was applied just to whole groups of people (as by race). But, of course we can extend the "evaluatory" measures behind individualism beyond market economics, and expect everyone to “pay their dues”, provide service and even prove that they can support others besides themselves. We then come full circle. 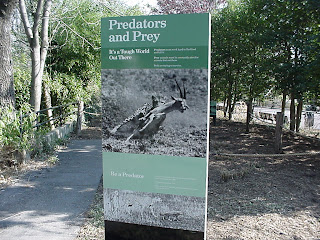