FTC primed to investigate "mainstream" bloggers for hidden payola; a call for "supervision"? 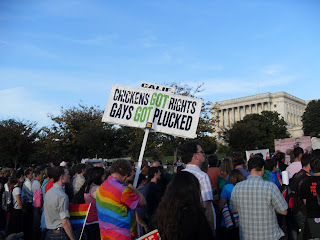 The Washington Times ran an important editorial Friday Oct. 9, “America’s Internet Police: The FTC gets ready to investigate bloggers”, link here. The editorial focuses on the announced intention of the Federal Trade Commission to investigate bloggers who receive hidden payments to promote products or services. The editorial points out that, the more “mainstream” a blogger is (whatever that itself means!), the more likely the FTC will “investigate”, rather like a friendly neighborhood cat looking around a house’s foundation for mice. That sounds more like the corporate-like blogs, but it seems that users of Blogger and Wordpress (who do include corporations and even movie distributors) and even Twitter are not “immune”. (Okay, everybody knows that Ashton Kutcher’s tweets are strictly his own.)

I can imagine another economic artifact of the "payola" issue, in reverse. That is, a blogger might, for commentary purposes only, discuss a product and give it "free" publicity, something that the company would have to pay for with established media companies. In a sense, the little guy could lowball the advertising of the big guys, raising business model questions. I wrote (on my net neutrality blog (Aug. 9, 2009, link) about Jupiter Jack and actually got a call from a consumer who thought it was endorsement; it was not, it was just commentary of my own.

The Times editorial speaks in the subjunctive about the idea that (some) bloggers might need (federal) “supervision”. True, that takes on a laughably unmanageable order, but it raises another red flag in my own mind: how you deal with the “systemic risk” that the lack of third-party supervision supposedly entails. Think how this idea already plays out in the health care and financial regulation debates. That’s why I’ve wondered about the possibility of mandatory insurance for bloggers at some point in the future.
Posted by Bill Boushka at 8:17 AM