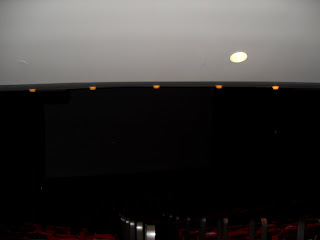 The Electronic Frontier Foundation has put up a “Takedown Hall of Shame” webpage, showing how free speech has been suppressed by various corporate or political interests with bogus copyright (and sometimes trademark) infringement claims, leading to DMCA takedown notices, later found to be legally unsustainable. Here is the URL link. One of the most curious comes from the “National Organization for Marriage”. NOM produced a video opposing same-sex marriage, but then Rachel Meadows at MSNBC played a humorous set of audition interviews of “actors” trying out to play in the NOM video. The “audition” was on YouTube here but was removed after the takedown. But MSNBC has another copy on its own website here.

.
This is funny in my mind because one of my own screenplay scripts, “Make the A-List” (from 2003), starts with an audition scene, but not like this!

Other “guilty parties” include DeBeers, the diamond conglomerate (remember the Di Caprio movie “Blood Diamond”) that silenced a satirical newspaper treatment, and the Warner Music Group, which EFF says is involved in an ongoing feud with YouTube.