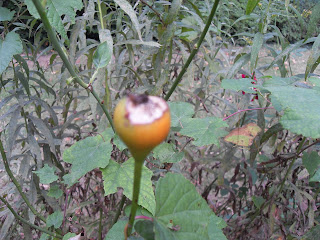 There is something (“etwas”) that comes up that gets very upsetting to me: some people “demand” attention and emotional attachment or connectivity that I don’t want to give them and refuse. (For example, this kind of thing came up in some substitute teaching situations, as well as some bizarre job “offers”, involving "role playing"
as a virtual husband and father, which I am not, to placate others). Any one has a right to refuse unwanted intimacy , right? I face “rejection” all the time. Deal with it. But they call it “contempt” or at least “lack of compassion”.

My usual answer to behavior like this is “Don’t go there.” (Conservatives, especially partisan Republicans, love that phrase.) I know, it sounds a little bit like the equivalent (in what the Army used to call “social graces”) of “don’t ask don’t tell.” Libertarians call the concept “harmlessness.” If you don’t like something, don’t buy it, stay away from it. That’s how civil society works.

I know, though, that particularly in an Internet age it is not so simple. Self-publication invokes social networking, and the converse is true: social networking involves publication, self-broadcast. Others learn by what you say online and the way you live your life for decades how you are inside. Patterns show up. I know, I like to reduce everything to “karma” and attach a moral measurement to everything about a person. New Age beliefs can impart its own kind of “fundamentalism” (and maybe I become “The Fundamentalist” as if a movie could be titled that). So, someone challenges me to come back to the group and share affection and attention, and then they whine (and insinuate some pretty bad things about my own outlook) when I do not. I say, they are trying to get me to give up my "values" and fight for and "sell" their agendas (the "we give you the words" thing). Then, they say, the abstraction of my speech is a veneer for disdain that must live inside a personal fantasy world. And I come back and say, “you didn’t have to go there.” Maybe they think I tricked them into trying.

I do get it, why some people want to see the world become a much more sociable place, and why some, like Carlson and Longman, argue that people need to see things in terms of “families” rather than individuals. At least, that provides a local structure for compassion and sharing, outside of a competitive system that seems so obsessed with measuring and FICO-scoring people (as if FICO were a numerical grade corresponding to “karma”).

Nevertheless, over a few decades, we shifted toward individualism and personal autonomy. It’s an approach that can leave people behind, leaving us to debate the ethics of “sacrifice” (previous post). It offered previously less adapted people (me) great opportunities, and it seems that these opportunities (like the Internet) full circle. For example, we’re starting to see “online reputation” develop as a tool to encourage social conformity, socialization, even a commitment to geneartivity. Things do come full circle.
Posted by Bill Boushka at 6:54 AM