Do people need a belief in "moral absolutes" to enjoy intimacy in the long term? 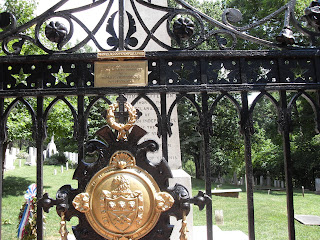 One of the most subtle psychological experiences I notice with myself and others is the need to believe that one’s life expresses some set of principles, and to believe that these principles operate on others. I can understand why human culture sometimes finds that it wants to believe in “moral absolutes.”

The most obvious place that I think we see this is with traditional marriage. Many couples, over time, tend to find that their interest in the marriage depends on the belief that it is morally necessary and that family members will remain loyal to them as parents. Parents believe that their children should remain preferential loyalty to their own families even as adults, and should not apply the individualistic standards of the outside world in dealing with family members. The family is a bit like a mini “Marxist state” where the “to each according to his need” applies. In this view, adult children gain full public credibility as adults only when they marry and have (or sometimes adopt) children themselves. This gets to be viewed as a “morally absolute” system which used to be enforced in part by “no sex outside of marriage” rules, sodomy laws, and “homophobia.” This view was advanced by Allan Carlson and Paul Mero in their recent “The Natural Family: A Manifesto” and matches pro-natalist views of Phillip Longman (“The Empty Cradle”) who advocates rewriting the “social contract” to make everyone share family responsibility, even when they have no children of their own. (We actually have mechanics, largely unused, in our system that would do this: they’re filial responsibility laws in 28 states.) In a "mandatory insurance" family system, legitimate parents can say even to their adult children something like, "in an unstable world, you owe some of what you have to us and you must share it with your family as we say." This attitude accounts for the tendency, especially in previous generations, for parents to insist that their children master common skills appropriate for their biological genders regardless of individual talents: it was for the good of others in the family and community and not just for "you". The demographics of eldercare may bring this view back.

It’s obvious how such a system gets abused: look at racism, organized crime, the Taliban, and most fundamentalist religion (Christian, Jewish or Muslin, it makes no difference).

After the 1960s, things gradually changed, and we migrated more to a system of almost hyper-individualism, where individual adults are seen as “on their own” for life. Everyone is judged the same way, although we could construct an individualistic moral system with non-monetary components, expecting community or national or even military service and some ability that one can provide for others besides oneself, whether or not within the family, before one expects to occupy the limelight.

Individualism, especially within the gay community, prides itself with its focus on “best people” – that the objects of attention or adulation are “good” and or “worthy” as role models for the rest of us. There is communication or quasi-publication of “the knowledge of good and evil”. In past blogs, I’ve called this the “Existential Trap.” But the belief system, which feeds the excitement of some intimate encounters, presumes that there are inviolate personal standards of “good” and “not good” and rejoices in experiencing the encounter with “good”.

Fundamentalism can wear many hats. It can lead into unexpected places.

But at least we can understand also why socialization itself is controversial. Mammals vary in how much of it they set up: it’s the dogs (wolves) v cats, or lions v tigers problem. But a social unit accepts the biological reality that individuals are unequal, and that it is up to the social unit (the “family”) to give the less well-off meaning and safety. Animal societies don’t always do that, but it’s clear why the concept os so compelling to some people. This "moral" view of socialization helps explain the economic business models based on sales and personal manipulation instead of producing goods and content.
Posted by Bill Boushka at 7:21 AM