Copyright infringement: is it illegal to download if you don't upload? 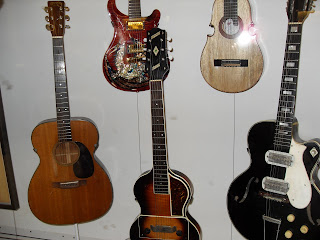 Nate Anderson has a common-sense article on Ars Technica, “Is it legal to download music if you don’t upload”?, link here.

In general the answer is “No”, except in limited situations that are well known from analogies to the “real world”, such as a teacher making copies or excerpts for classes. But most of the attention in the epidemic of RIAA lawsuits against home users (and their parents or unsuspecting family members) was indeed for uploading on P2P nodes, because that was much easier to detect.

In Canada, as Nate suggests, the law is structured in such a way that it may often be legal.

But, as William Patry pointed out in his book “Copyright Wars” (my books blog), the real problem is business model. Large media corporations and established artists believe they have an interest in protecting old models. Young artists, on the other hand, are often eager to let users freely sample their work on YouTube or on their own websites and very professional looking blogs (composer-pianist Timothy Andres comes to mind).

My perspective now turns on my own experience over the years collecting classical LP vinyl records and then CD’s. Classical music, since the market is presumably smaller, would need to think carefully about its model; but it makes sense to offer recordings (particularly of lesser-known works) in reasonably priced downloads and videos, either for single viewing or copy ownership, and count on goodwill of customers who want to see the industry able to support itself. That good will held together reasonably well in past decades; people who may have taped other people’s records (when they were $5.98 each) often bought many records of their own (although at sales). A well thought-out model would certainly serve the interests of younger or emerging artists. The same goes for film.
Posted by Bill Boushka at 6:16 PM