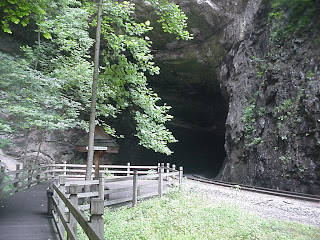 Here’s an interesting sidekick to my “fiction in blogs” problem. Remember how I got in trouble as a substitute teacher of a fiction screenplay I had posted on my own domain (July 27, 2007 posting here). Lightning has struck twice.

The bizarre blackmail attempt against David Letterman by Robert Halderman, indicted in New York yesterday, included a screenplay treatment that apparently depicted elements of Letterman’s life (likely untrue and fictitious). ABC News has a detailed story by Emily Friedman, Kate McCarthy and Richard Esposito here. There are many other accounts of the Letterman matter (and his "Worldwide Pants" company) in the major media outlets now.

In retrospect, I can somewhat understand the thinking of the high school administration back in 2005. They see my mentioning my domain to a staff member (even though I didn’t mention my screenplay explicitly) as like an “antiselection” problem; the fact that I would mention it (even though I thought I was doing so in reference to a genuine political issue, which at the time was campaign finance reform and bloggers) as evidentiary that the “fiction” in the screenplay (which they had found with search engines) could really happen. That’s rather like the reasoning of the “rebuttable presumption” clause of the notorious “don’t ask don’t tell” policy in the military.

The facts in the Letterman case (which he made light of on his show) are a bit complicated. But I can understand that the legal world does not always take lightly documents purported to be fictitious if the surrounding circumstances seem to suggest a threat. That could even be said of Cho’s “screenplays” in the Virginia Tech tragedy in 2007.

On ABC's Good Morning America, an attorney pointed out that there is nothing wrong with submitting a screenplay or book proposal that exposes someone (or seems, in the case of "fiction", to expose someone). But it is illegal to tell the target you will keep quiet if he pays you off; that's extortion or blackmail.
Posted by Bill Boushka at 5:16 AM