US Military is two-faced about soldiers' blogging 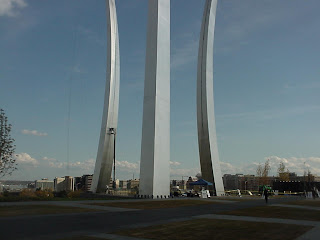 The United States military, especially the Army, has a Janus-faced approach to blogging, according to a story on the front page of the New York Times Sept. 9 by James Dao, “Pentagon keeps wary watch as troops blog”, here.

Because of various security threats, services have sometimes banned access to social working sites and blogging services from military computers, and some commands insist on reviewing what servicemembers write. But the services, especially the “Army of One”, are beginning to see that they could be missing something.

The Web, after all, with its bottom-up, “democratized” structure contradicts the whole concept of a hierarchal military with its chain of command.

Soldiers and sailors typically do not have access to personally owned computers when deployed, and must use military computers and probably military wireless devices like cell phones. So the same issue of “private use” or separation of personal life, often assumed in civilian life, is less relevant.

Blogging could represent a serious issue given the “don’t ask don’t tell” policy regarding gays as well. If the DADT policy is repealed, the military will probably need to develop online conduct policies with regard to sensitive matters like sexuality—but these could be developed administratively by DOD, without Congress (and hopefully without the courts), once DADT is repealed.
Posted by Bill Boushka at 7:14 AM

2) I was hoping we could use your ‘scribing’ talent for our website.

The Best Shows Youre Not Watching (dot) com [all one word]

Damages is one of our featured shows. We’re hoping to round up a few people who can occasionally contribute perspective (via an article/blog) on the shows – maybe a recent episode, future direction, plot shortcomings etc.

What’s in it for you?
Primarily a larger audience back channeled to your blog. We don’t pay but the site has a lot of promise and we're pretty excited about getting it off the ground. Let me know what you think.