Thoughts really can interact with computers; Twitter lets users police each other 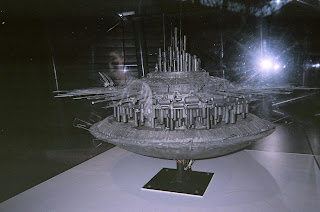 Today, Don Lemon on CNN described the “Brain Computer Interface” which would allow people to control computer driven activity with their thoughts alone.

The idea is scary: imagine what would happen if hackers could do this. Even bad thoughts in the workplace could do real damage to production files! Here’s a “how stuff works” article on the topic. Somehow this reminds me of the 1950s horror flick “Donovan’s Brain”, where a disembodied brain controls the stock market (causing a 2008-style crash).

This report also brings to mind the idea of using mind-reading technology for lie detection, as with the "No Lie MRI".

Josh Levs discussed the tools that Twitter has developed to allow users to rate and police other users, including those who send “spam” or too much needless personal details. You can read about it at his own Twitter account here. I don’t think Josth tweets as much as Ashton Kutcher.

The next step is to communicate by telapathy and prove that it works. I've already proven this to myself.
Posted by Bill Boushka at 10:08 PM