Should flu patients blog about their illness episodes? 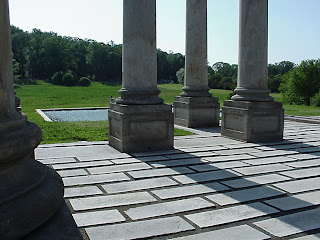 Some companies and organizations are encouraging individuals to blog about getting the flu, especially with social networking tools like Twitter. Companies that track epidemics can troll the Web, pick up data, and use it to feed geography-based applications to warn others.

That’s the subject of a Sept. 2, 2009 front page story in The Washington Post, by Michael E. Ruane, link here.

Some of the applications, like Google’s Flu Tracker (link) are well known and general. Others are potentially more pervasive. Some, such as in Singapore, would inform someone on a cell phone with Bluetooth that they were in an area with a high concentration of flu cases.

Obviously, it’s hard to say how the systems would know which flu cases were fro H1N1 unless the bloggers had been given test results.

It would raise the possibility of medical privacy questions, and the idea that “amateur” tweets or blog entries would transmit confidential information accidentally, including medical information protected by HIPAA. That might not be an issue if the posting subject matter were limited to the speaker only, not, say classmates. (There are plenty of personal accounts online of undergoing cancer treatment, for example.) This tracks back to some of the “self-publication” issues we’ve covered before on this blog.
Posted by Bill Boushka at 6:20 AM