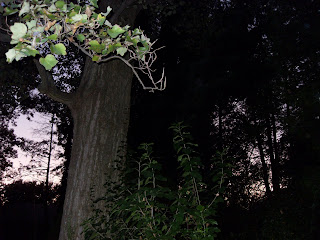 I tried a little check on my online reputation by entering my legal name “John W. Boushka”. What came up on Facebook is interesting: (link). If you’re logged in to Facebook as a member (I presume that most job recruiters would be) you can click on the master link for me and see the “wallpaper”.

Well, the wallpaper doesn't comprise the propeller airplanes on the wallpaper in my bedroom when I was six years old. It’s OK. There are microblog postings from Friends, tracking them more than me, because I haven’t used the service a lot (yet). Most of it comes from Friend invitations that I accepted, and from joining a screenwriter’s group. Some people may imagine a “profiling” issue, but in a screenwriting group there can be some concentration of particular subject matter at a particular time.

In I.T., I don’t think this matters, but if I were a life insurance agent, I can imagine an employer would worry about what potential clients will “think”, right or wrong. That’s the tricky part of social networking that people didn’t really get when the services were set up in 2004. People expect it to mimic the real world, and it really doesn’t. A 66 year old probably won’t be aggressive in “friending” much younger people (even legal adults) because of the lookism issue and because of how it “looks”. And there is the social networking site “rejection” game that can mimic the real world (if not the speed-dating world).

The “Linked In” reference does talk about my old I.T. background more, and because of space problems and character count limits, I had to continue it on a blog entry.

The "grand master" of social networking sites so far seems to be Ashton Kutcher. I do like his Myspace blog.

Here's a story by Carolyn Y. Johnson at the Boston Globe, about an MIT project to see if sexual orientation could be predicted reliably by one's Facebook "friends." It's called "Project ‘Gaydar’: At MIT, an experiment identifies which students are gay, raising new questions about online privacy", link here.
Posted by Bill Boushka at 7:24 AM