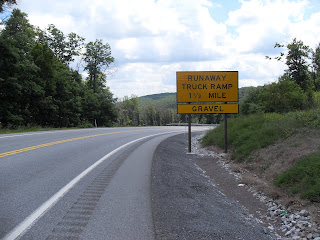 Michael Gerson has a provocative and somewhat negative perspective about the Internet in The Washington Post today, p A23, “Banish the Cyber-Bigots”. The link is here.

He discusses the Nazi propaganda machine in Germany in the 1930s, with its voice amplification and targeted use of posters and radio, as a precursor to today’s Internet. The metaphor works, he says, because the Internet has attracted so many fringe and extremist elements who, with “nothing to lose” (as in my August 2009 book review of Dozier's work), can bombard us with attacks against the vilified. He suggests that user-generated content, often sponsored my major corporations and major media outlets, amplify this kind of thing.

Now, I rather disagree that hate speech is dominating the Internet; in any case, when it occurs it generally “preaches to the ‘choir’”. Much of it (what he calls the digital equivalent of a public bathroom stall) would constitute TOS violations, although admittedly companies often don’t pursue these very energetically.

In my own posts, I try to give many of them credibility by providing links to “credible” or “reputable” original sources (as in the beginning of this specific post), often major media companies, sometimes government agencies (I do link to the White House blog a lot, as well as to the CDC for the ultimate source on public health stories). And it’s also true that “open source” and “grass roots” efforts like Wikipedia are tightening their editing standards to improve their credibility.

Gerson's post reminds me of a Readers Digest article about three years ago, saying that websites that published photos of residential or certain commerical buildings and made them targets should be banned. That was a bit strident; there are millions of pictures of residential and commercial neighborhoods on the Web (as on Wikipedia) that provide legitimate visual reference information.

The biggest problem with the future of user-generated content may indeed be existential in nature. Social networking is one thing, inasmuch as it is valuable for building a “legitimate” public reputation in some professional area. Self-publishing provides a bigger and older question, as to what it is “for”, until it pays enough money (to support a family, for example, if the eventual culture war outcome insists that everyone own some family responsibility, whether for own children or others) to cover its subsumed “systemic risk”. It seems to provide emotional or psychological satisfaction for people who want a voice and who don’t like to “compete” in “conventional” social hierarchies (including families), particularly in more intimate ways. Yet, when done well, it provides a valuable component to our debate, keeping established special interests honest. I still don’t know how this will settle out.

The Daily Beast has a disturbing story (indirectly pointed to this morning by AOL) about the experience of conservative blogger and writer Michelle Malkin here. Her own blog, well maybe it’s eccentric even within conservative circles, but it seems to me that this is what the lively grassroots debate on the Web should be all about.
Posted by Bill Boushka at 9:16 AM