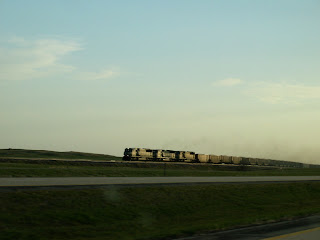 The City of Bozeman, Montana caused a ruckus last June by requiring job applicants with the city to disclose all social networking sites with which they participate, along with passwords. The requirement also included chatrooms and forums. Presumably they would have to identify all blogs they write or other websites that they own (that would be very relevant in my case). The disclosure was a requirement for background investigations.

The original story had appeared on the Montana News Station June 17, here.

The incident sounds like a hyperbole of a suggestion that I had made: that employers state personal Internet and blogging policies clearly to job applicants, rather than sleuth behind their backs and often identify wrong people. Boy, this is extreme!

Furthermore, this requirement came from a public employer, where First Amendment protections to employees would apply directly. And as the Media Law project (below) points out, the disclosures invite discrimination for religion, race, sexual orientation, political affiliation, and the like.

But a private employer that must send associates or agents to clients might be concerned about any Internet activity not covered by privacy screens and available to search engines, out of concern that clients will find the material, or out of fear of potential future compromises (you can't prove a negative).

Andrew Moshirnia of the Citizens Media Law Project also has a story about this here. The title is funny: “The Facebook Snatchers: Could Your Employer Hijack Your Account”? There’s advice here like never friend other people from your employer, or your employer as a company.

Of course, the meaning of “privacy” has changed. In the 1980s, for instance, most of us wanted our “private lives” to remain ought of sight; for gay men, for example, HIV status would become a secret item. Today, people publish quasi-personal facts on public and searchable blogs because they want to make their own arguments rather than let lobbyists speak for them. They put things out and expect people to respect the spirit and context with which it is offered. Unfortunately, that respect has to be earned and is not always there to be found.

Wikipedia attribution link for Montana train picture. I last visited the area in May 1998. Somehow the picture reminds me of the train from John Carpenter's "Ghosts of Mars".
Posted by Bill Boushka at 4:57 PM