Mandatory insurance and systemic risk: could you stifle innovation? Does health care set an example for other things? 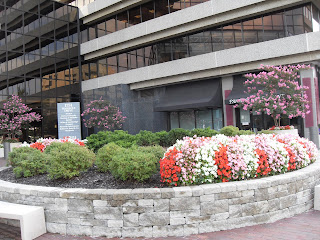 Last weekend, President Obama, in press interviews, said that our sharing the cost of health care by having some kind of reasonable requirement for mandatory health insurance (reasonably priced and taking care of the pre-existing condition problem) would be “the right thing to do.” Sometimes, he said, we should take care of each other and not just ourselves. As Michael Moore said on Nightline, we have to get beyond “survival of the fittest” and the US healthcare system certainly expresses Spencerian (not just Darwinian) objectivist values.

But a real point is reining in on “systemic risk” associated with individual actions. In practice, we do that in many other situations. Many states have mandatory auto insurance, and if you finance a car you have to have the insurance, just like you have to with a mortgage. There is indeed a controversy in some areas of the country about flood insurance, which can become necessary even in areas not in flood plains (as we found out in Atlanta this week). Although we sometimes put the health care problems in terms of runaway profits of private health insurers (Michael Moore does that), the real problem is that when people don’t have insurance, the entire public winds up holding the bag. The same came be true for property insurance and higher risk areas with regard to hurricanes, wildfires, and earthquakes.

In fact, we found out that this is true in the financial area, too. Giving a mortgage to someone not properly qualified is risky, and when too many people do it (and the resulting contracts are deceptively securitized) we can wind up with a “systemic risk” where an entire economy can come to a halt if 10% or fewer of people can’t pay their mortgages.

That’s why I am concerned about the “tone” of the proposals for mandatory health coverage of individuals, even if the moral intention is good and if some communalism is necessary. The ethic may become prescient and set examples in other areas. Within the past year or so, we’ve developed the notion that all “systemic risk” that an individual could pose is bad and should be stopped. What if we did that with Internet speech? Would we have mandatory insurance for bloggers, keeping most individuals out and handing speech back to the cabals and lobbyists? Would the Enter key on Mark Zuckerberg’s dorm computer in 2004 have been removed so he could not launch his innovation (Facebook) out of the “systemic risk” his innovation would pose for “online reputation”? Even Shawn Fanning’s Napster, in the end, was a valuable and spirited innovation even if it did have to high-jump a legal challenge and restructure. When individuals launch their physical or virtual “fields of dreams” they can never fully anticipate how others will play on them and who will keep score. Innovation requires accepting some systemic risk.
Posted by Bill Boushka at 5:21 PM